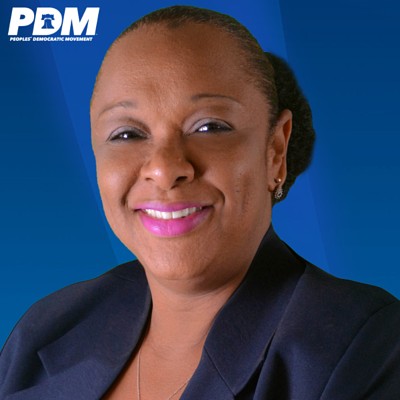 Providenciales, TCI, December 23, 2016  –  My fellow Turks and Caicos Islanders, it is a privilege and honor to have been voted into office by you, the people of this great country.   I am humbled by the outpouring of support, love and good will offered to My Government by you the people of our beautiful by nature islands.   Likewise, I am grateful to the many residents and visitors to our shores who have expressed their desire to work peacefully towards improving our country during my time in office.   I am thankful to all of you.

However, none of this would be possible without the guidance, protection, mercy and grace of Almighty God who has forever kept our people and country in his hands.   He has brought us through an election season safely with peace and order.   I thank God for his blessings on you the people of our beloved country.

The transfer of power and authority is now complete.  My party, the PDM, successfully won the General Elections by securing 10 out of 15 electoral seats on December 15th.   Although the timing of Elections interrupted the normal Christmas preparations it is my hope that today, with the little time left before Christmas Day, that all of you would accept my heartiest best and warm wishes for you in this festive season.   There is no doubt in this country that Christ is still the reason for the season.   And I join with my fellow believers and celebrating his birth.  But, just as Christmas brings renewed hope and the promise of salvation so too must a new Government offer hope for a better tomorrow for its people.

My aim this evening is to guide you through the immediate plans and decisions of My party and your Government.

The process of electioneering is not easy.   It is tough, believe me, I have been involved in a few.   It is tough because many old wounds get reopened and political battle lines are drawn with numerous attacks by each side to try and win the hearts and minds of you the voting public.   Those wounds need to heal now, and so we invite you, our opponents, into a period of bandaging up the proverbial battle scars so that the healing can begin.   And what better time to heal than now, when we can forget about politics and focus on the One who is Greater than all- Jesus the Christ child.

The Nation is calling us, politicians and public servants to rise above bickering and bitterness and to escape the fray and provide a path to growth and opportunity, hope and joy and success.   My party campaigned on these tenets and won the hearts and minds of the people as evidenced by the votes at the ballot box.   And so, we respectfully ask all of you to allow my Government a period to set the course and put the ship of state in the right direction.

The people felt for too long that it had lost touch with the Government and our people cried out that enough was enough and that it was time for a change.   That change is finally here.   I wish to personally extend my warmest greetings to you all for Christmas best wishes for the New Year.

Seven years and counting, Maskanoo on Monday in Provo