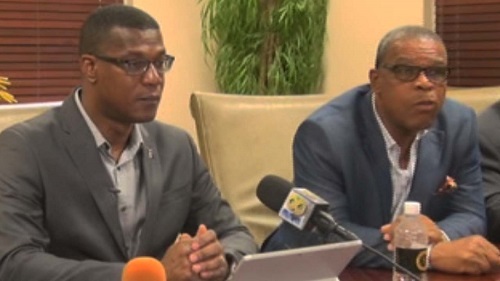 Government in the release rejects accusations of theft, misappropriation of funds or a cover-up.  Government now explains that a paper was prepared to deal with the increased demand on the health care plan.

There is a shortfall of over $6 million, but since earlier this year the bills for healthcare abroad were straining the budgeted sum to NHIP by $5 million.

The PNP Administration is now saying they did know of problems in shortfalls financially; a stark contrast to comments coming from Cabinet last week where it was expressed in a statement that the financial hemorrhaging of the plan was unknown or not brought to light at Cabinet until now.

Comments from a former chairman exposed that annual audits were done and monthly financial reporting was performed and given to the highest ranking officials from the Ministries of Health and Finance.

While there is much explanation about the procedures and an attempt to breakdown some costs and a list of coming legislation and their intended effect in that media statement; there is no clarification on why financial indicators presented by successive leaders at the NHIB were not more swiftly dealt with…

The general tone of comments from the public focuses on a lack of reporting, lack of accountability and a lack of transparency regarding spending and demand at the country’s healthcare plan.

There remains no notice of a press conference to deal face to face with this expensive issue which has now attracted calls for the resignations of Premier Rufus Ewing and Finance Minister, Washington Misick.