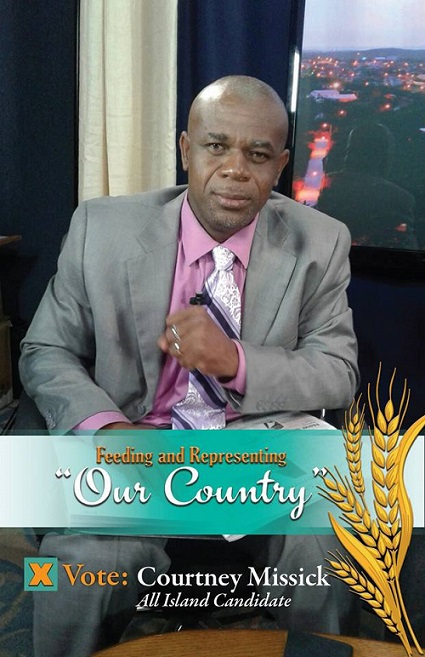 Providenciales, TCI, November 30, 2016 – Courtney Missick, the independent candidate running nationally says the Government is wasting time and money on a study to see if we need a technical and vocational school.

Missick also exposed that the budgeted $700,000 for agricultural development has not reached the farmers in North Caicos as yet and said, people in the country are sicker than ever and dying of ill health because of bad food.

Missick wants every Turks and Caicos household to get a box of fresh fruits and vegetables grown at TCI farms and believes with the right capital injection coming from TCIG, the level of produce imports can be reduced and at least 10 Turks and Caicos Islands farms could be started and supported by local businesses and people.

The church pastor and North Caicos farmer was last night quizzed by Magnetic Media on his own talk show, Talk Dat which airs Tuesdays on PTV8, about his seven pillars plan for a turn-around in the country.

Rev Missick, who hails from Kew, rejected notions that he lacks the qualifications to represent in the House of Assembly, said he does not need big billboards with his face upon them because he has been meeting with people for the past five years and they know him and is not averse to the country getting into the medical marijuana farming industry.