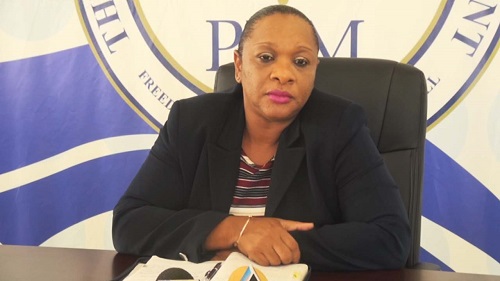 Providenciales, TCI, November 18, 2016 – The UK appointed Chief Financial Officer will leave the Turks and Caicos in March 2017 but not because the Premier negotiated for it when he visited the UK earlier this month; the Governor’s Office yesterday informed Magnetic Media that Stephen Turnbull will leave because that is when his UK contract expires.

The question to the Governor Office by Magnetic Media came after PDM Leader, Sharlene Robinson responded to our query on where her party stands when it comes to the CFO.  “The fact that the CFO’s position had already been discussed with the Premier and the former Baron Duddridge, he had said to the Premier, that he would not be touching the position of CFO, contrary to what the Premier has said to this country, that he would not be touching the CFO’s position until his contract was expired March 2017.  So Turks and Caicos once again your Premier has been less than truthful.  That position has not been revoked, the contract has expired.”

The Governor’s Office said: ” The CFO’s contract is due to expire on 31 March 2017. That is also the date which Baroness Anelay has stated that the CFO slot will end.”   That slot is the constitutional removal by Order in Council, which she has promised Premier Rufus Ewing will happen also by March 2017.

The PDM took some hits for not supporting the stance of Ewing when he demanded that the CFO go; but Robinson characterized the move as an election ploy and that the PNP did not make the British remove the CFO; that he was going anyway.

“And the People’s Democratic Movement stood together, though not documented in an official position, but we’ve communicated to the Solicitor General, with the Deputy Leader present, with the Attorney General present, with the Governor present that we will not support the continuing of that role once the guarantee was paid off.  So for the record, it has not been revoked, the contract for the current CFO actually expires March 2017, and that’s when they will not renew another, and because we’ve taken the same position as the PNP, there will be no further CFO.”