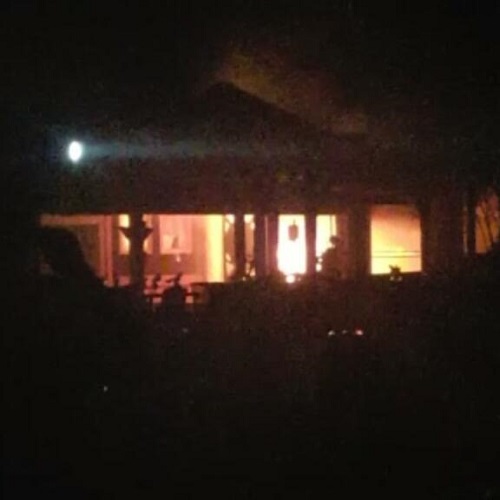 Providenciales, TCI, November 28, 2016 – One of the worst weekends ever in the Turks and Caicos as it was marred with death and tragedy including the unexpected passing of a former House of Assembly member, who is also a very popular restaurateur in the country. Smokey of Smokey’s on the Beach is dead; Aulden Smith of Salt Cay served in the Legislative Council for the island of Salt Cay and passed away in hospital in Jamaica on Friday.

There is no official press release as yet from TCIG or the House of Assembly on the passing of Smith; the country could be looking at a State Funeral for the former parliamentarian and it is customary for flags to be flown at half staff in these instances.

Hours later it was confirmed that Shaun Dean was the man who died in a traffic accident on Leeward Highway, near Nell’s Gift Shop just after midnight Friday. Dean, an owner of Island Vibes boat tour company, crashed into a utility pole, his red Nissan 350z was a mangled mess.  Residents are sickened that images of Dean after the accident were circulated on social media.   Shaun Dean was just 36 years old.

On Saturday, a pedestrian was fatally struck around 11pm in the capital Grand Turk. The man, identified so far, only as Jack was said to be a member of the St Mary’s Pro Cathedral and originates from Haiti.

Hours before that on Saturday, an explosion in the kitchen of Club Med resulted in one staffer being burned severely – second and third degree burns – confirmed Police.

That individual was rushed to the Cheshire Hall Medical Centre for treatment after the fire and explosion were reported around 6:45pm at the Grace Bay located resort.