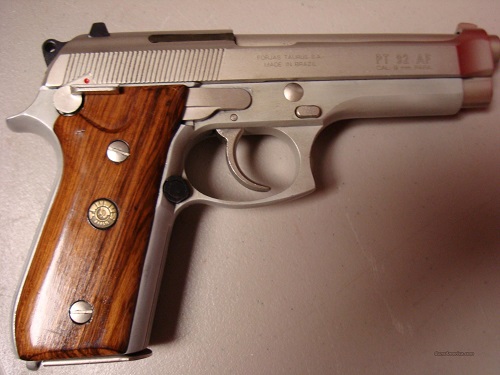 Providenciales, TCI, November 11, 2016 – Citizens and Police work together for a swift arrest and another gun off the streets of Provo.  Press officer, Kevin Clarke said a young man was spotted with a gun by residents of Blue Hills, who immediately called Police.  Police arrived on the scene on Thursday at 7:44pm and made the arrest of the 24 year old who was allegedly in possession of a silver and brown, Taurus 9mm handgun.

The arrest was not an easy one either, Commissioner James Smith commended the arresting officer who was not only faced with a hostile suspect who refused arrest and ran away only to be captured by Police, but at one point the suspect reportedly pointed the gun at the officers as he ran off.   The 24 year old ignored warnings to drop the weapon and surrender.

Clarke said, “When residents are keeping a watchful eye on their surroundings, we can more effectively deal with crimes as they happen. This is the model of effective police work, when the community becomes actively involved in their safety and relaying information to the police, then the work of the police is expedited more efficiently and the level of service rises. This should be a replica in which we strive for as a country.”