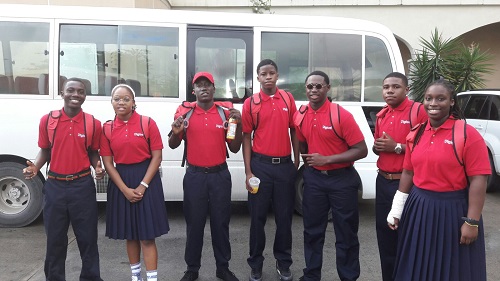 Providenciales, TCI, October 11, 2016 – Turks and Caicos, one of the smallest countries in the region took a seven teenager team to the NBA & Digicel Jumpstart program held in the British Virgin Islands on the weekend and proved we’ve got some of the biggest young players.

Of the dozens there vying for top honours and prizes, the TCI nabbed two of the titles.  One of our boys, Wilkins Sylvain made it to the final leg of this Jumpstart tour, which began at the Gus Lightbourne Gym… Sylvain will go to New York City as one of eight from the Caribbean for the basketball camp there and one of our girls, Shernaria Morris secured the Sportsmanship Award. 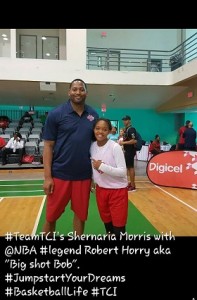 Among the NBA stars at the event coaching the youth of the Caribbean was NBA superstar and seven time champion, Robert Horry, who has played with the Rockets, the Suns, the Lakers and the Spurs.

On Monday, TeamTCI led by DigicelTCI’s, Damian Wilson, attended school in the BVI; unlike us they did not get a day off but likely very much like us they did have a lot of fun.

See photos from the weekend, provided by Digicel, at our Magnetic Media Facebook fanpage.