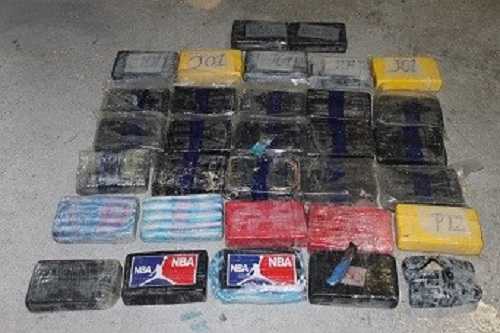 Providenciales, TCI, October 11, 2016 – Criminal home invasions are up… CCTV is going to tender… Police canine unit will have a bigger bite because they’re getting more dogs… two new boats are coming in and agreement to an independent review proposed by the Premier are just some of what was discussed at the recent meeting of the National Security Council.

The report is a mix of progress and setbacks.  On the setback side is the hike in bold crime and progress because many measures for which the public has been clamoring are almost here, or at least closer.  The NSC meeting was among the final events for Peter Beckingham, who has now departed the territory as its governor.

Interesting to note was that the Police Force is gearing up for the surge in illicit drug trafficking through Haiti and the Dominican Republic and frightening to consider, but in these times where terrorism is so prolific, there are suspicious factions in the region warranting UK attention.

The report issued today said this, “On external security the Governor noted that there were no specific terrorist threats to TCI, but he warned that there could be supporters of ISIS in the region.”

Related Items:home invasions - drug trafficking and bold crime are up in tci, national security council meeting, police getting new boats and canines to help fight issues of drugs and crime