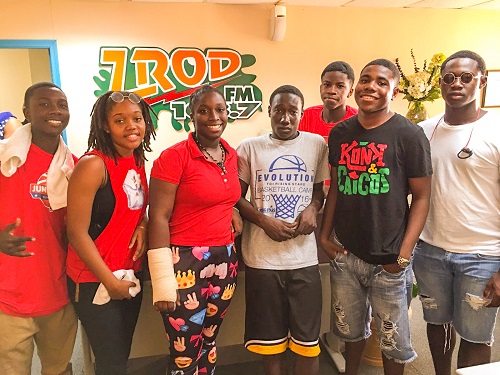 Tortola, BVI, October 11, 2016 – Digicel once again displays its commitment to developing education and fostering regional cooperation on all levels, as seven youngsters from the TCI were given the chance to attend high school in Tortola, British Virgin Islands (BVI).

Omar Garland, Brendan Handfield, Jahmich Hutchinson, Bradley Louis, Nickello Pierre, Shernaria Morris and Wilkins Sylvins will all be participating in a two-day education and cultural exchange opportunity, arranged by Digicel TCI and Digicel BVI. Parents of the seven youngsters were excited with news of the opportunity, which Digicel provided to their children. 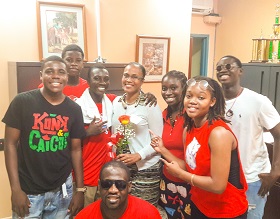 “We originally arrived in the BVI to participate in the NBA Jumpstart Elite Camp, which took place over the weekend. However, due to flight scheduling, the team had to leave the BVI later than it originally planned, which meant the players had to miss classes at home. With this in mind, and focusing on our continued commitment to education, we wanted to give the players an experience that would contribute to their learning and development, and something that would stay with them for a lifetime,” said Damian Wilson, Marketing Communication Executive, Digicel TCI.

Kareem-Nelson Hull, Head of Marketing, Digicel BVI explained that: “Seeing the situation, Damian and I came together to discuss what we could do to help the youngsters grow, not only as basketball players but also as future Caribbean leaders. And what better way than an experience which gives them a better understanding of their Caribbean neighbour and fellow BOT.”

“The youngsters attended high school on Tuesday, October 12th, for one full day at Elmore Stoutt High School; and the following day they were taken on an excursion to Virgin Gorda, where they got an opportunity to see the rich African, Indian and Spanish heritage that the island has to offer. We hope this is just the start of many more educational and cultural exchanges between the TCI and BVI.”

Parents and Digicel fans were able to follow the youngsters’ BVI experience via social media by going to any Digicel TCI or Digicel BVI social media page.  Team TCI arrived in the Turks & Caicos on Thursday evening, October 13th. 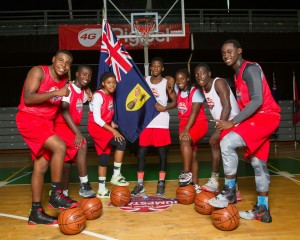