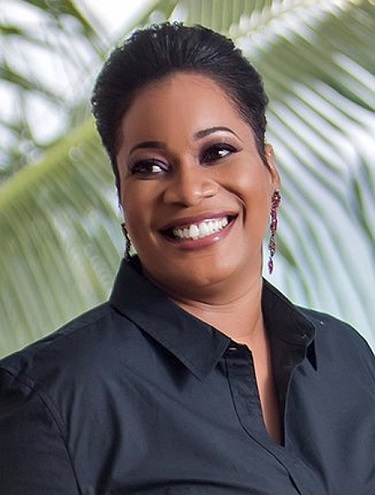 Providenciales, TCI, July 13, 2016 – A courageous lioness and triple threat spoke to media today with a rousing team of supporters egging her on as the newest at large candidate, running independently.  “I think front line politics is the area in which I can be most impactful.  I want to be about change, I want to inspire hope, I want people to have something to believe in.  I want you to believe in positive change, because it’s what I demonstrate, what I represent.”

Sabrina Greene was in fine form as she announced why she will offer in the upcoming General Elections despite not being selected as one of two At Large candidates being sought by the PDM. “Outside of the fact that I am very charismatic, i’m very popular, i’m indeed likable, people who don’t like me just don’t like people, I have a good personality and I am a worker.”

Greene explained that she declined the PDM offer for ED#5 Leeward & Long Bay as a matter principal.   “Ezra Taylor happens to be a neighbor that I consider a brother of mine, and there is no way under the sun, if there is something that he is working towards it is not my job to get involved and try to take it away from him.”

Greene says she decided that the country is in dire need of representation and without a party, she plans to go forward in the all island category.  “I didn’t see it as a rejection, I saw it as a redirection.”

Green articulately shared that she is concerned about the level of crime, that she is a champion of women’s empowerment in leadership and that the future generations of TCI are being left behind. “This is now 40 years anniversary we’re celebrating for ministerial government in this country. We must be reminded that the first ministerial government that came to office did so with independent candidates, hint hint.”   There is a fundraising event coming, ‘Dinner with Sabrina’ and a webpage: sabrinagreen.com and the candidate said the plan is to ‘kick butt at the polls.’