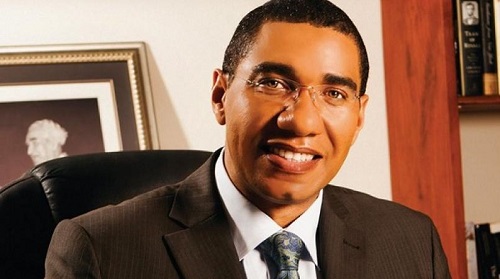 KINGSTON, Jamaica, October 19, 2016 – Prime Minister, the Most Hon. Andrew Holness, has urged Wisynco Group Ltd., the sole manufacturer of styrofoam in Jamaica, to consider the development of environmentally friendly alternatives to the product.

Following a tour of Wisynco’s White Marl complex in St. Catherine today (October 19), Mr. Holness issued a challenge for the company to identify products within the Jamaican environment that could be creatively used to replace Styrofoam.  He suggested the hemp plant could be utilized in creating a substitute for the product.   “I am challenging you, the captains of industry to see what… can be used to propel innovation, to bring new products to market that create new streams of manufacturing, that employ new people (leading) to more sales, which drive growth,”  he said.

The Prime Minister’s tour of the facility follows the Senate’s recent approval of a private member’s motion proposing a ban on Styrofoam and plastic bags.  The motion, brought by Government Senator, Matthew Samuda, noted that Styrofoam and plastics take an inordinately long period of time to break down in the environment, and create a major problem at landfills.  He suggested the use of containers made from cardboard or other biodegradable materials. 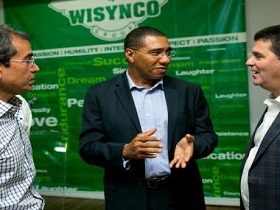 Mr. Holness, in stating that the Government is pushing for inclusive and sustainable growth, highlighted the problems brought on by inappropriate disposal of plastics and Styrofoam.   He noted that while banning the products may not be the solution, the issue must be debated in keeping with the country’s democratic processes, adding that the discussion will serve to stimulate public discourse on the topic.

The Prime Minister, in the meanwhile, commended the company on initiatives it has already taken to reduce the impact of its products on the environment, as well as the move to add a biodegradable component to its foam items, which will allow them to break down in about five years.  “It is good for us to know that you have already started to use technology to ensure that your products are not harmful in the long term to the environment, and I think that should be included in the conversation about the potential ban on Styrofoam,” he said.

Mr. Holness said the Government, in the short term, will have to look at ways to improve waste management. He reiterated the intention to pursue a waste-to-energy solution, which he believes will create an economic motive for persons to more adequately manage waste products.

Chairman of Wisynco Group Ltd., William Mahfood, in highlighting the steps taken to reduce the company’s carbon footprint, noted that balancing human capital, the environment and business sustainability is important to the entity.  He said it is crucial that a holistic look be taken of the impact that instituting the proposed ban on Styrofoam would have on consumers and the approximately 2,000 employees of the company.  Wisynco Group has been producing Styrofoam for more than 35 years.