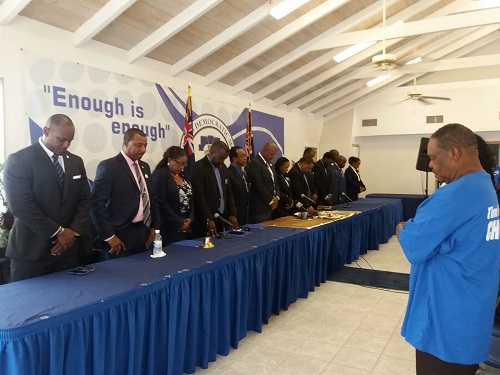 Providenciales, TCI, October 28, 2016 – PDM Candidates convene at Provo Headquarters now that the election bell is rounded and a national vote is Monday, December 5, 2016.

“It is PDM Time”, says party campaign manager, Dwayne Taylor.  “The days for struggling, the days for crying….are over….a new day, it is under the dynamic leadership of Hon. Sharlene Cartwright-Robinson and a fortified team….she’s been the voice…”

The sounds of bells ringing at the packed house is almost deafening as the supporters say ‘they are ready.’