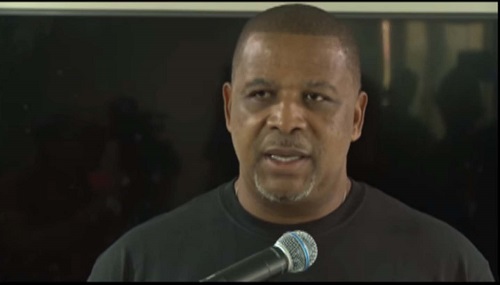 Providenciales, TCI, June 30, 2016 – It was under the Mike Misick led PNP that Priton Development got the green light and mountains of concessions including tax breaks on crown land, to build hundreds of homes at what was labeled affordable prices.

Since phase one there had been complaints, but those complaints of shoddy construction, dangerous shortcuts like building homes on sink holes and vertical caves and ignoring the cries of home owners have intensified; we asked the newest at large candidate about that agreement, what should be done with it and how he plans to represent the people tricked by Priton.

Michael Misick admitted some lack of information on the problems, but said this anyway.

“If the developers know there are sink holes, people should be compensated for the moneys that they spent in terms of  their homes. To my general recollection of the development agreement, cause it’s been a long time now, was that government gave certain incentives to be able to build affordable housing for belongers, and I think we had an arrangement with the bank to help finance belongers, and I’m not sure, I think in some cases some was private land and some was crown land that was given at a concessionary rate, but again if they’re in breach of their agreement then the agreement should be terminated.  If they have sold people land or houses on a sink hole, those people should be compensated or relocated.”

Since our initial report, more tales of woe are revealed including one home which has been condemned and another where water comes out of the walls.  Priton Development has yet to reply to questions; the Governor says he has handed the work over to the Ministry of Infrastructure and the Ministry of Infrastructure is expected to give some update to Magnetic Media in another couple of days according to the Permanent Secretary there.