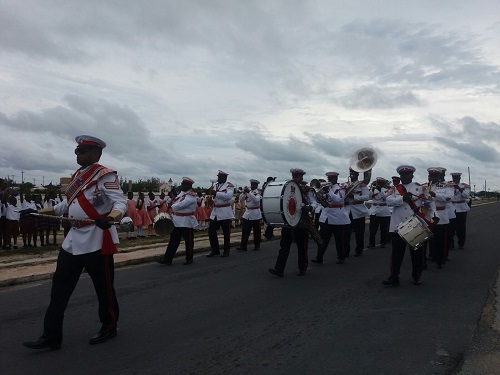 Providenciales, TCI, October 18, 2016 – The fourteenth governor since 1973 was sworn in Monday in Grand Turk and his welcome was both cordial and cautioning… both major party leaders assured the new His Excellency that the people of these islands are ready to support a mutually beneficial relationship, and both informed the Governor that there are some areas ripe for change.

From the Opposition Leader, Hon Sharlene Robinson who spoke first and more extensively, there was talk about the now gone governor, being too soft on the current PNP Administration; she reminded the new Governor that his salary comes from the public purse.   Hon Robinson addressed constitutional reform, calling for the Chief Financial Officer to be removed, for the Governor’s House of Assembly appointments to be reduced from two and said that crime is the top concern and the response has not been vigorous enough by the British who head the country’s National Security.

The Premier, Hon Dr Rufus Ewing similarly wants the CFO gone, said the UK needs to prove itself honorable and support a bill to make that happen, that there should also be a bill to return the 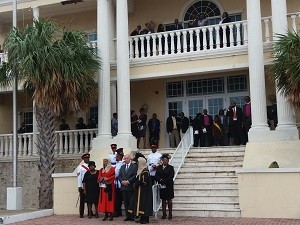 powers of land distribution to elected leaders and a crime strategy and lead appointments should also be managed by those elected to serve.

The new Governor is Dr John Freeman and he was complimentary to the islands, adding that he is here as a guardian of our way of life.   His wife, Corinna was presented a special bouquet by 7-year-old Maliha Lightbourne of Susanna Wesley Methodist School, from the A company of the Brownies & Girl Guides.   HE Dr. John Freeman was sworn in by Chief Justice, Margaret Ramsey-Hale at the now refurbished House of Assembly, NJS Francis Building in the Capital.