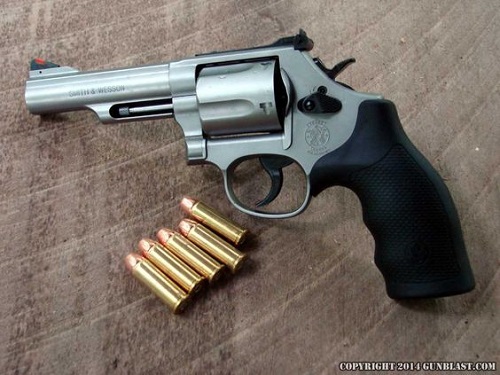 Providenciales, TCI, October 26, 2016 – A stop and search in the wee hours of Saturday morning say police resulted in them getting at least one more gun off the streets of Grand Turk.

Was the man pulling the gun to rid himself of the weapon or to use it against approaching Police officers; that will always be the lingering question in this case, as it was the suspect reaching for his pants pocket that caught officers attention.  A scuffle broke out and the man was overpowered and found on his person, allegedly, was a silver and black handle 44 revolver with a round of ammunition; he was arrested.

Last Monday, October 17, Police made an arrest of a man who will spend the next five years of his life in jail for having illegal ammunition.  Deron Alexander Wilson, 22 years old had a search executed at his home on Millennium Highway in Blue Hills and that is where eight rounds of bullets were found; hidden Police say in a DVD case.   Wilson admitted that the bullets were his and that they were to be used to make jewelry, he was arrested and cautioned and went up to HMP for five years.