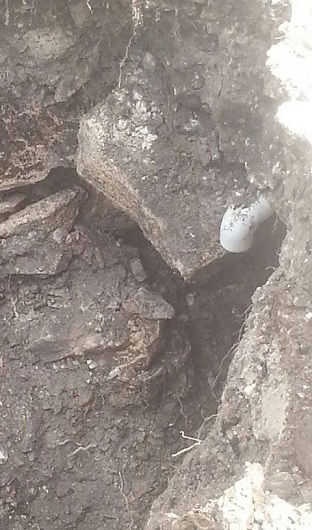 Providenciales, TCI, July 7, 2016 – The Planning Department is now taking a strong stand against new homeowners suffering the fate of those currently plagued with problems in the Priton Phase II development in North West Providenciales.  In a media statement which came Wednesday evening, Minister Amanda Missick through her Planning Department determined that there were indeed problems with Priton and that there are indeed parts of the development agreement left undone; until those issues are dealt with no more move in certificates are going to be issued.  All of this is unfolding as home owners tonight plan another meeting to unite on the situation which has seen cracked walls, popping tiles, leaking walls and ceilings, extreme cases of mold and massive sink holes in the land.

It also comes as Magnetic Media learns that one of the two brothers who own Priton, Kurt Soukup is in country and working with his attorneys to wind up the company.  Soukup, who is American, is currently in breach of his contract with government according to the Minister’s release and according to former Premier Michael Misick who last week said there were concessions given including discounts and tax breaks on crown land.

Add to this, we now learn that after the litany of complaints from phase one development, Priton development was supposed to make these changes to their pre-fab home constructions.  “Build cistern in each house. Install hurricane shutters on each building.  Change the way of connecting the wall panels.  To have three (3) supporting connections instead of two (2) connections. Use holding down hurricane straps on the roof rafters instead of hurricane clips. Use pressure treated timber or spray anti – termite substances on the timber used in structures.”

While the Planning Department, to residents we spoke to last night sounds tough in their talk of giving no more occupancy certificates, residents say the statement, which Premier Rufus Ewing promised Magnetic Media would come is a cop out.  The Minsiter says that a structural engineer was hired to review the situation of the natural hole which opened up after Tropical Storm Cristobal in Azzizi Parker’s yard, but said her home is structurally safe and so they deem her to be okay.  This is however being said when the home owners back yard space is almost completely taken up by a hole that Priton Development covered up.  Parker and others fear that they are actually living on top of those vertical caves.