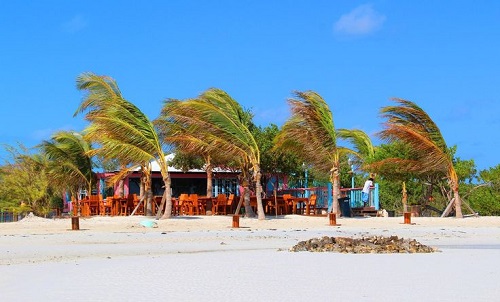 Providenciales, TCI, July 5, 2016 – A customer made a classic risky move during an armed robbery of Bugaloo’s Conch Crawl early Monday In Five Cays; they tried to subdue one of the two masked men who had stolen likely much of the night’s earnings and was about to get away.  The pair around midnight, showed up and demanded cash; they got a bag of money but before running off with it, the customer tried to stop them and that is when shots were fired.  Police were called, they searched the area but no one matching the description in the report was found.  It continues to be astounding the number of guns which are on the streets of Providenciales.