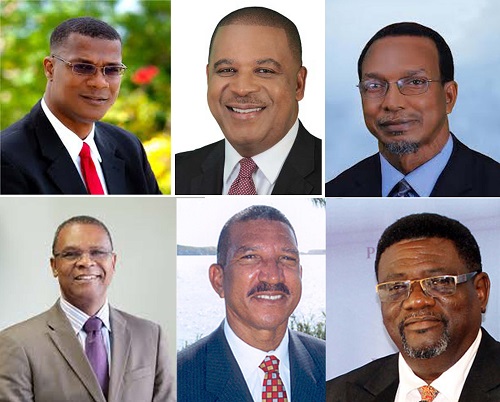 Providenciales, TCI, July 6, 2016 – Whenever general elections are called in the TCI, amazingly, nearly all who have served as a country leader and was directly elected to be the chief minister or premier say they will be in the race.

Rufus Ewing, current Premier and leader of the PNP told us he is sprinting, not just running… Michael Misick announced his candidacy in the at large race as an independent last Wednesday declaring power to the people… on the PDM ticket, Derek Taylor is in again as a part of the Victorious Five, they call themselves … so is current finance minister Washington Misick, Mike’s big brother who served under the PNP in the 1990s… no longer for the South Caicos seat, Norman Saunders wants to go at large for the PNP and is in that primary race next Friday …  the new PDA but long time politician, Oswald Skippings is offering from his green political machine… and that makes six; six former leaders poised to contest in the 2016 General Elections… it will be an epic election as arguably, no country in the world has ever seen such an amazing thing.

The only past leader, directly elected to be the chief or premier who is not running in the upcoming 2016 race is the Right Excellent JAGS McCartney, the country’s national hero, who is now deceased.