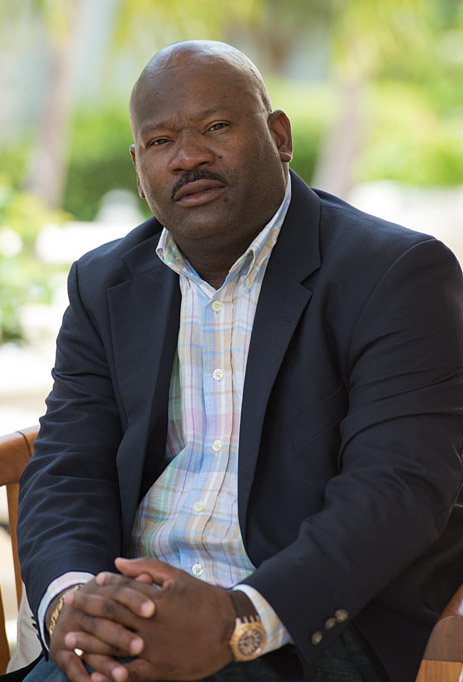 Providenciales, TCI, August 5, 2016 – There is a pregnant pause now… Many will wait to hear what is the next step for now resigned TCI Tourist Board Director, Ralph Higgs.  It has been coming, rumored that Higgs would be leaving the Tourism entity he helped to soar to record heights with numerous accolades including best beach and best island and best tourist board and best hotels, whether boutique or suites or spa or for lavish luxury stays, to best entrepreneurs and best vacations – the TCI with the only six star resort in the region – to at least one for himself, best tourist board director for the Caribbean in 2014.

The media statement from the TCI tourist Board is posted in full at our facebook page, and followed a press release from the Leader of the People’s Democratic Movement, Sharlene Robinson who invited the media core to an event at the North to Middle Caicos Causeway this Friday… it is widely believed to be another announcement on his home soil, of another intriguing stride for Ralph Higgs.

Just last week, the Higgs Family through its company, Core Resources revealed it is getting into the hotel business with Silver Bay Hotel in Bottle Creek set to start construction in early 2017.  To the former director, the Chairman of the Tourist Board, Don Gardiner said, and I quote:  “The blocks Ralph laid and the challenges overcame in developing, building, and marketing the Turks and Caicos Islands as a world class destination is now the envy of many in the region.  Ralph’s contribution as an ambassador has no doubt left an indelible impression on us all. His leadership, experience and sound judgment will be an asset to whomever and wherever his next journey takes him.”

Many say that journey is with the PDM, as its candidate for North and Middle Caicos.  It is expected that the PDM, will make do the reveal today at a press conference called at the North to Middle Caicos causeway.

Related Items:ralph higgs resigns from position as TCI tourist board director, what's next for ralph higgs