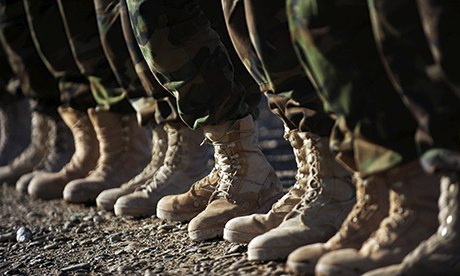 Providenciales, TCI, July 28, 2016 – A British Armed Forces recruiting team is willing to come into the Turks and Caicos in a hunt for young men and women who want to join their ranks.  Media was yesterday informed of the opportunity by Patricia Duff, a 25 year TCI resident and Belonger who has long shown passion for young people and said with some support from the Governor’s Office and lots of calling to the British Armed Forces,  she has had a breakthrough which could see dozens of islanders serving in the navy or army or air-force or marines.

“and the wonderful thing there, is that there are so many jobs available, they call them rolls, they don’t call them jobs, they call them rolls, and like the IAF have over a hundred of them, all different things, and they’ve got many people for each of these roles.  So they are depending on your qualifications, if you have none or if you have lots, and what your interest are, they will slip you into doing whatever it is that you are good at or could be good at, and they train people.”

Interestingly, one does not even have to have a spotless police record to qualify; the only requirement is that the recruiting team is looking for 17-32 year olds and Patricia said at this stage those who are curious only need to express their interest at a website she has set up.  It was also explained that saying you are interested now, does not mean you have to join any of the Forces.  We need 50 people in order to get the recruiting team here; that website address is www.turksandcaicos-islands.net/jobs.  Follow our story on Magnetic Media Fan-page on Facebook.