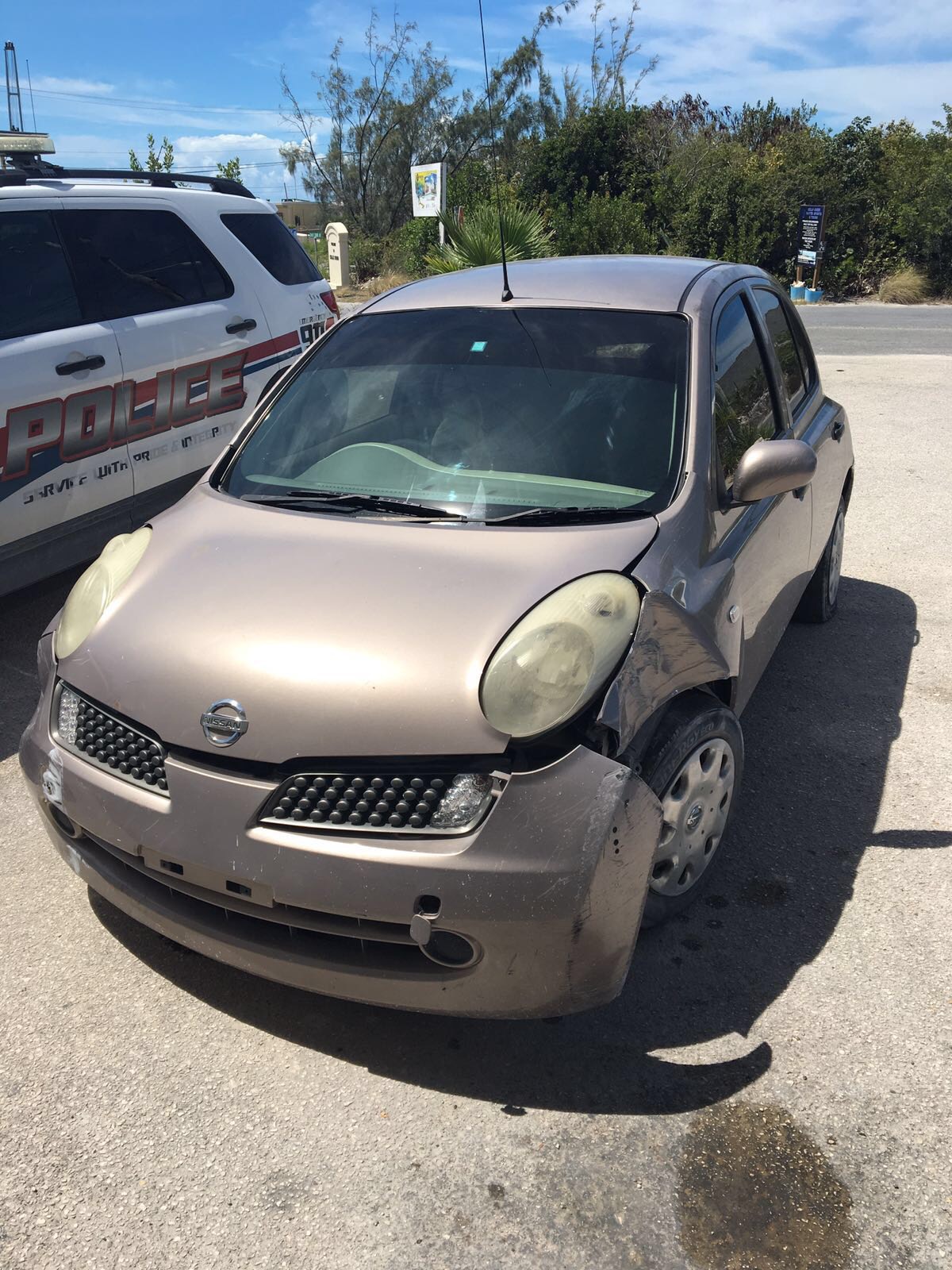 Providenciales, TCI, September 16, 2016 – Detectives are searching for the driver of a brown Nissan March Car with no registration plate that led police on a high-speed chase last night on Providenciales.

Around 10:37 PM (Thursday 16th September 2016) a complainant contacted 911 and stated that Shots were fired at Security Officers posted at the Leeward Gates by someone in the said vehicle. As a result of this, Police Officers responded to the area where they tried to stop a vehicle that matched the description, but the suspect vehicle was able to avoid that attempt. As a result, a high-speed pursuit ensued.

The pursuit, which led police on the Leeward Highway, Behind Glass Shack onto Discovery Bay Road and back on the Leeward Highway came to a stop after the suspect vehicle which was heading Eastbound in a very reckless and dangerous manner on the opposite side of the road, crossed the median and collided with a pole in the vicinity of Caribbean Place. Before fleeing the scene the driver exchanged shots with officers before making good his escape in the thick bushes nearby.  No one was injured during the incident.

A search was conducted in the vehicle where officers discovered two (2) 50inch flat screen television and a quantity of electronics which are suspected to be stolen.

Your assistance in locating the driver of this vehicle is needed. If you know who the driver is or who the vehicle belongs to, please call Crime Stoppers on 1-800-8477 or use the Crime Stoppers online reporting page: www.crimestoppers.tc, Chalk Sound Police Station 338-5901/941-8067. The information you provide will be treated in the strictest of confidence. We remind people they should not report crime information via our Facebook and Twitter page.