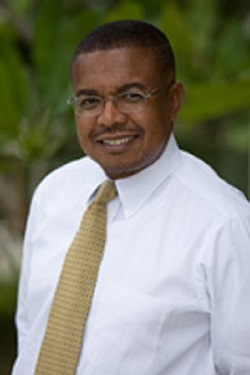 Providenciales, TCI, August 2, 2016 – For nearly four years, the general public has been left to only wonder what PNP Deputy leader, Carlos Simons is thinking about the Rufus Ewing led government, which he had expected to be a part of; well on Saturday night, the QC was clear and expressed some feelings as he welcomed media to the press conference.

It was a roll out of the 15 determined to be standard bearers in the upcoming general elections in a party process the Deputy Leader called smooth; as he explained the value of media coverage.

Simons, who ran at large in the 2012 General Elections, was later in the evening credited with fine tuning the PNP Constitution and skillfully negotiating the return of the party headquarters, which had once been up for demolition under the former Attorney General, Hew Shepherd.