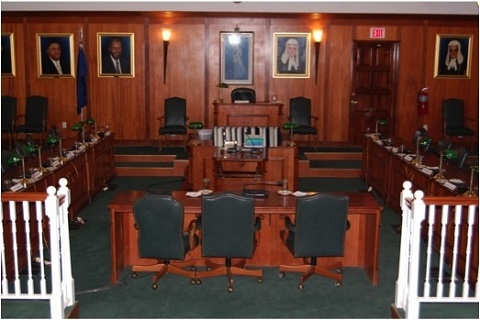 Providenciales, TCI, July 26, 2016 – The House of Assembly had to be shut down for about an hour on Monday as the microphones were not working; this meant another halt to country business due to the faulty system.

Deputy House Speaker, Hon Josephine Connolly who is chairing the sessions in the absence of House Speaker, Hon Robert Hall explained that due to leaks at the NJS Francis Building where the House is situated, there was damage to the audio system.  It rained over the weekend in the Capital.

The shabby condition of the House of Assembly is not new and a report to Magnetic Media is that the HOA will actually have to be relocated for as much as three months in order for the desperate technical upgrades to happen.

Related Items:HOA had to be shut down due to technical problems, hoa in poor state, house of assembly may have to be shut down for as long as three months for needed repairs