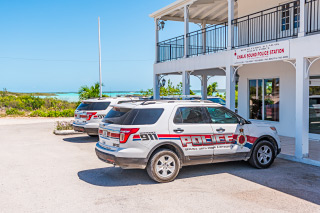 Providenciales, TCI, July 29, 2016 – Police arrest the alleged jitney driver stabber; he is now in custody.  A 40 year old man is arrested and charged with wounding after reportedly getting into a fight with a teen-aged boy while running an illegal jitney operation.  An argument over a $1 difference in fare broke out; a 17 year old was stabbed in the throat.  Good news is that young man has been treated and released from the Cheshire Hall Medical Centre; better news is that Police have managed to find the man believed responsible and arrest him.