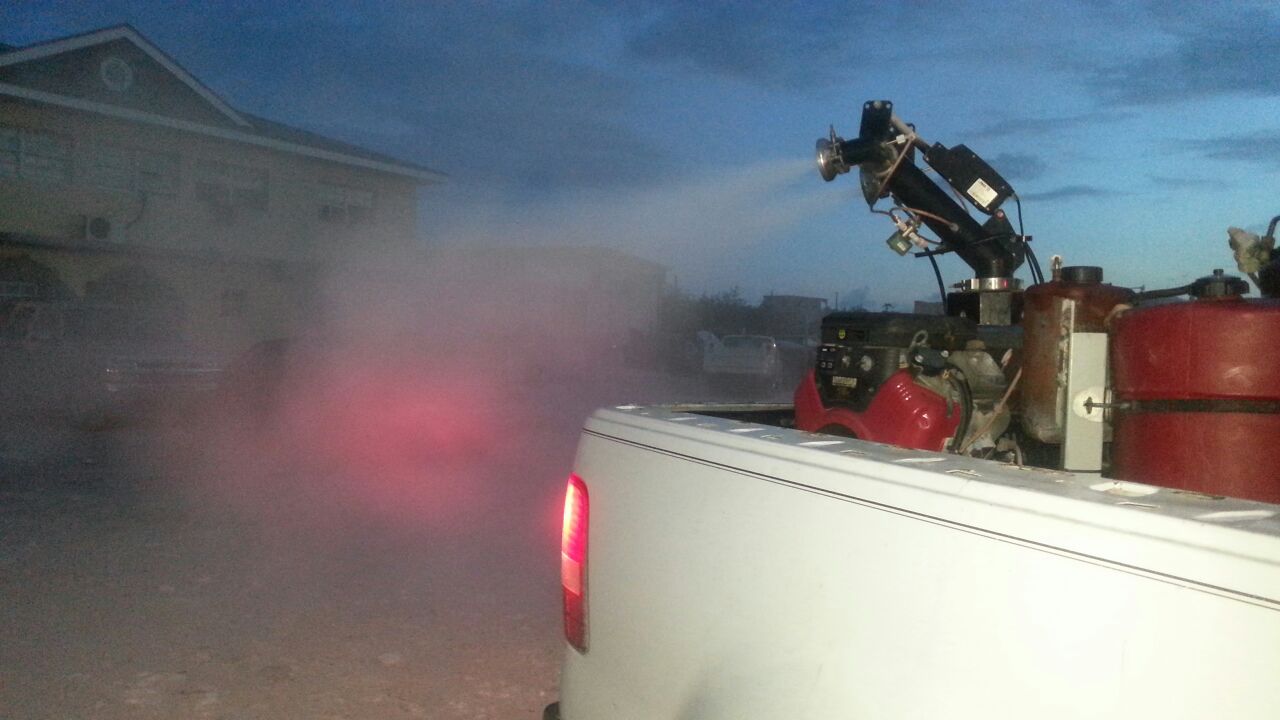 Providenciales, TCI, August 26, 2016 – A controversial spray being used to kill mosquitoes in Florida is feared to be harmful to pregnant women and protests have erupted over the insecticide Naled.  While the CDC and the EPA defend that Naled is safe, it is banned in Europe as far too risky for the fetus.

Magnetic Media checked in the with Environmental Health Department here which confirmed that Naled is not being used in mosquito fogging in the Turks and Caicos Islands; the TCI uses another CDC approved insecticide called Malathion, sometimes mixed with diesel for spraying.

Malathion is commonly used, is soluble in water and there is no evidence that it is risky to humans of any age or stage. The only argument we could find online about the product comes from the Ministry of Health in Canada, which warns not to use Malathion after a year as its chemical characteristics change and can then pose a risk to people.