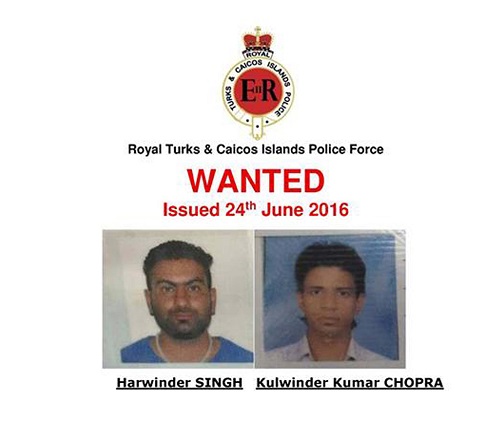 Providenciales, TCI, July 21, 2016 – The two Indians who on Father’s Day escaped an airline agent while in transit from The Bahamas to the Dominican Republic through the Providenciales International Airport, have been sentenced to six months prison time and are at HMP in Grand Turk.  The duo, found in a Blue Hills home on Friday July 1, 2016 after a joint Police & Immigration operation was hit with illegal entry and plead guilty to the offense.

Police have also charged the man who allegedly housed Harwinder Singh and Kulwinder Chopra with two counts of assisting illegal immigrants and one count of harboring.  Forty-one year old Roy Pestano is reportedly appealing the matter, as he too was reportedly sentenced to six months jail time.