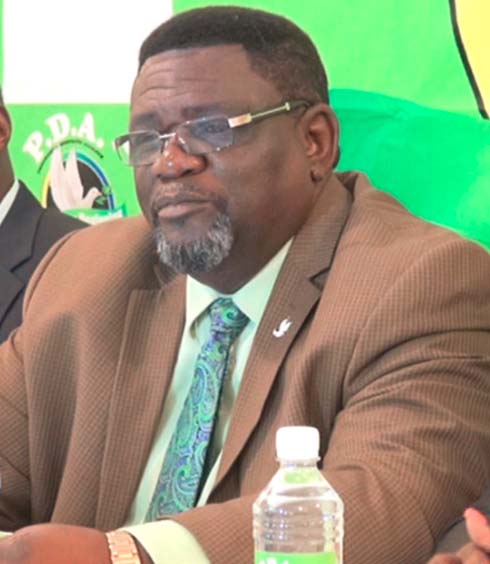 The recent discovery of the decaying and partly burnt body of Dominican National Ms. Sorineida Moreno-Arias who was missing for days and seemingly brutally murdered, has sparked massive outrage in the Dominican community and among political leaders as well as our citizenry. In failing to respond as vociferously in response to the likes of Bah Smith’s murder in Grand Turk which is still unsolved and whose corpse has still not been released to his parents well after a year, political leaders and others have perhaps waited too long to express this level of outrage over these brutal and savage killings that have now seemed to become the order of the day. My sympathy goes out to the Dominican community who is understandingly traumatized and fearful and I hope that there is a speedy solution to these crimes to apprehend the killer and restore some feeling of safety and also to avoid any kind of misunderstanding at a national or community level between our two friendly neighboring countries.

This government has to impress upon the governor his constitutional responsibility to ensure that the police are adequately trained, sufficiently equipped and professionally managed in order to stem this escalating spate of deadly violence, which is a threat to the safety and wellbeing of residents and tourist alike.  Also, the installation of closed-circuit television must be put in place and should have already been done. Whilst the governor is responsible for law and order, there needs to be continuous dialogue and cooperation between the governor, the political directorate and the commissioner of police to ensure that adequate measures are taken to make these Islands a safe place to live in and visit.

It is comical to say the least that while the police are giving a description of  a suspected vehicle in this case, quite a few vehicles that fit this description may be seen on the road in Providenciales without license plates. The lack of positive administrative influence of our elected government on the financing and management of the police force is emphasized by the fact that it’s commissioner reportedly refused public funding in anticipation of the hoteliers providing such funding for CCTV’s which is so essential in solving crime but yet these closed circuits televisions are obviously not forthcoming.

Furthermore, there are too many reports of rapes and attempted rapes of passengers of illegal jitneys that are not publicized for fear of intimidating tourists and yet the premier and his government outright refuse to do anything to bring these illegal jitney operations under any kind of control for fear of losing votes. What is even more disgusting is that not only women are reported victims, but innocent, helpless children as well. This is one of the sore issues that the PDA has on the top of its agenda as the safety and wellbeing of our country and people is of the utmost priority and importance.