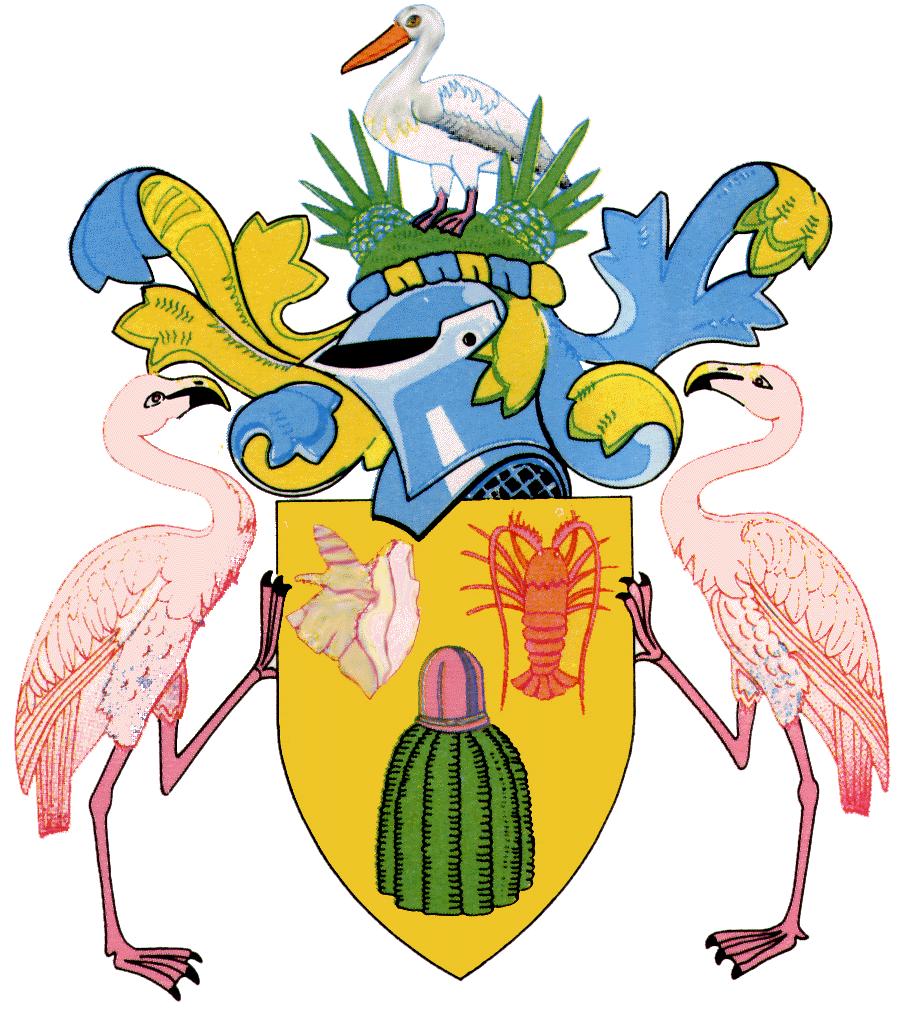 New law to regulate use of the country’s national symbols will impact store owners and souvenir sellers who have been allowed to pretty much use the design of their choice for years.
Goods ordered or in stock with the incorrect TCI national symbols displayed upon them will have to be sold within one year of institution of the law, else the items will have to be disposed of.
House of Assembly members seemed to agree on that clause in the bill which this time around defines and describes what is the correct Turks and Caicos Coat of Arms.
During debate on the Flag and Coat of Arms bill today, it was determined that the pelican standing atop the helmet and crest will remain white, despite it depicting the country’s national bird which is the brown pelican.
Black was also added to the colour pallet for the design which features black for shadows on the light pink flamingoes, on the Turks Head or Fez Cactus and on the helmet.
Debate continues on this ground breaking bill brought by the Office of the Premier.