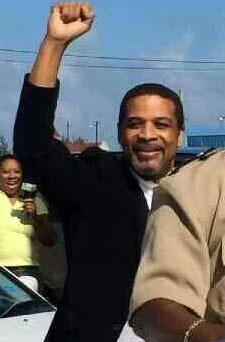 Michael Misick, former premier is congratulating the British on their decision to leave the European Union; a move which is already being hailed in England as INDEPENDENCE DAY for the country.
This reference has not escaped notice by Misick who is an unrelenting and unapologetic force for an independent Turks and Caicos Islands.  Misick in a statement issued a short while ago says, “The exit of the British from the EU will certainly have far reaching implications and a great impact on the UK and its colonies.  We respect the British people’s Right to self determination as it relates to matters that are important to their future, and we seek the same right here in the Turks and Caicos Islands.”
Misick who will next Wednesday make a major announcement related to the upcoming General Elections feels the UK needs to lead a referendum in the TCI to see who agrees with his view that it is time for the TCI to go independent.
“In light of that decision, I hereby call on the British Government and the Turks and Caicos Government to hold a Referendum in the Turks and Caicos Islands as a matter of urgency to determine whether we should remain a British Colony, especially in light of losing all of the benefits that came with being associated with the EU.”
Michael Misick was not included on a recently published list of At Large Candidates for the Progressive National Party issued by the Party’s National Chairman; Misick contends that he should have been on the list.