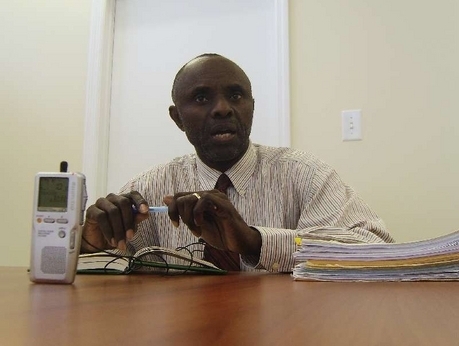 The now former Director of Public Prosecutions, John Masters was likely about to be fired as the Integrity Commission had found and already told Masters of the findings of their investigation.
The investigation which he made public, and which allowed him to remain in his post during its probing did find that complaints against Masters were indeed founded.
While addressing media on Friday, Opposition Leader Sharlene Robinson spoke of how outrageous some statements by the now exited John Masters were viewed by the judiciary.
“Where he made such a silly statement that he can appoint anyone he wants to his office, they don’t have to be a lawyer, neither does the DPP.  And if you got your hand on that judgment you would see that even that the judge, herself, even was alarmed.”
In a statement published by the TCI Sun Newspaper, which broke the news on this debacle, Director of the Integrity Commission, Eugene Otuoyne said this about allegations against the now acting DPP, Angela Brooks, “The Commission found that the former DPP’s complaint against Mrs. Brooks was frivolous, false and malicious.
As a result of its findings, the Commission made certain recommendations to the relevant TCIG authorities, including that the authorities might consider Mr. Master’s removal from office as the DPP for misbehaviour pursuant to section 91(4) of the TCI Constitution. The Commission also recommended for the immediate recall of the Deputy DPP, Mrs. Angela Brooks, from administrative leave.”
Masters resigned and now the Integrity Commission says it will, at its next meeting, determine what they will do about the former DPP who absconded before facing retribution for the findings of the investigation into acts of corruption and abuses of the code of conduct.