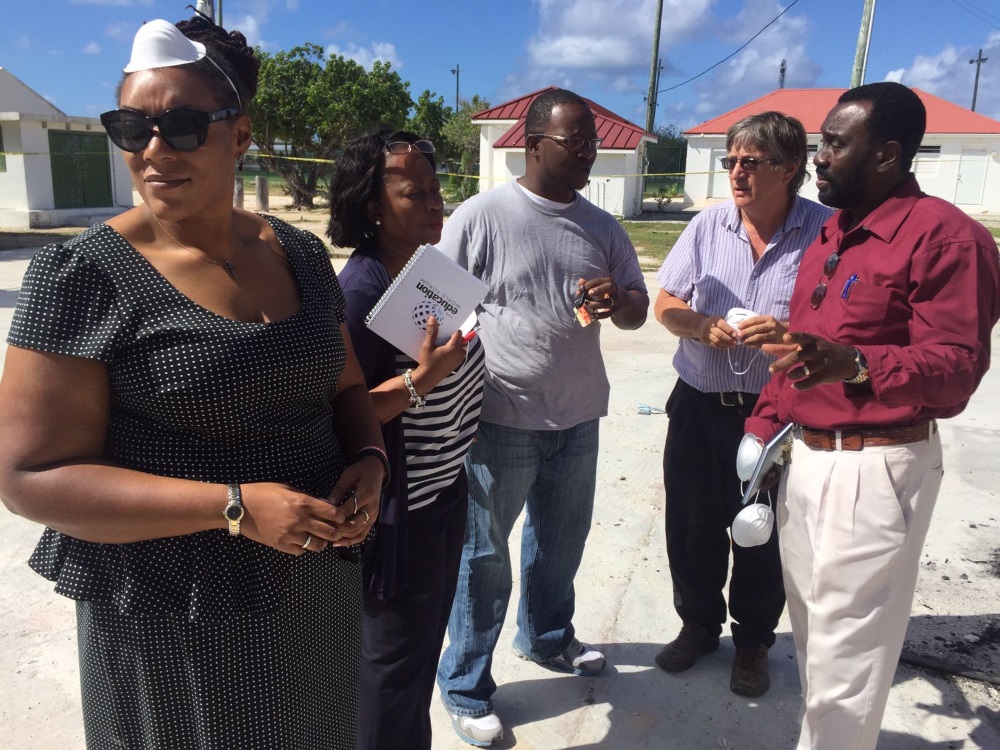 Providenciales, 04 Feb 2016 – A report from the Public Works Department is expected by the end of the week after inspection on Wednesday of the damage at the HJ Robinson High school; a fire gutted the top floor of the Administration Block.

The assessment led by the Deputy Premier, Hon Akierra Missick was emotional and the Education Minister said her heart goes out to all directly affected by the January 29th fire.

Along with furniture and fixtures, computers and the actual structure being damaged – years and years of students’ records were lost in the blaze which erupted around 3am.

HJ did not reopen this morning; instead the advice is for school to resume for the 350 students on Monday February 8, 2016.

The structural report to come from Public Works will say what is needed for the design and costing; then the job will go to tender.

Minister Missick reiterated that government is committed to begin reconstruction as soon as possible; the DP also cautioned, however, that it took some time to amass these structural and educational assets of the Helena Jones Robinson High school; one of the country’s oldest institutions.