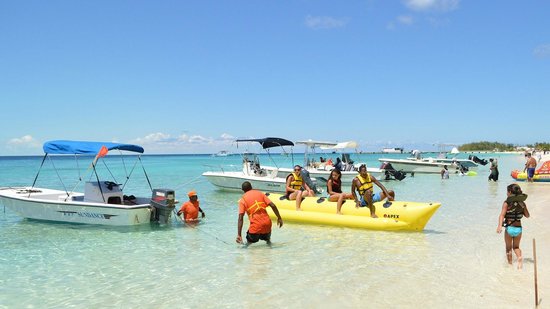 Providenciales, 08 Jan 2016 – There was another US Advisory against The Bahamas after a Nassau jet-ski driver was charged with allegedly raping a tourist woman over the weekend; the incident draws attention to proposed changes in the Turks and Caicos for similar businesses.

The US has told its citizens not to participate in Jet ski adventures in Nassau, and it is affecting business there.

Magnetic Media is told by smaller water sports and tour operators locally that some of the proposed measures for changes in the National Parks Ordinance will hurt their dreams; possibly even putting them out of business.

There are three outlined stipulations which the appointed committee has recommended, but the one requiring for vendors to now have insurance coverage – to cover life and property – before the issuance of a protected area license may drive some out of the industry.

While this stipulation sounds reasonable on the policy making side; some vendors say they have already found that they either do not qualify for insurance coverage because their area of service is deemed too high risk or that they do not have the preferred experience to get the insurance coverage.

One insurer we spoke to agreed that these types of potential clients are deemed high risk, but that their company is able to underwrite many categories of vendors through London.

There are numerous proposed changes to the current law, including one which would give DEMA officers the power to make on the spot arrests and issue tickets for infractions like sexual assault or harassment.

Go to the DEMA website, look for the amendments and lodge your views – there are just 10 more days now to offer comment before the consultation process closes.