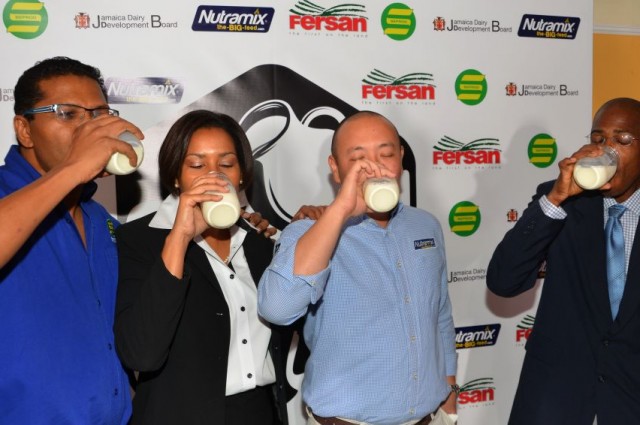 Chief Executive Officer (CEO), Jamaica Dairy Development Board (JDDB), Hugh Graham, made the call, while speaking to JIS News at the launch of the ‘Drink Real Milk’ educational campaign at the Terra Nova All Suite Hotel in St. Andrew today (January 28).

He noted, for example, that farmers do not typically fertilise their pastures. “They will fertilise other crops but never the pastures. The grass and the legumes on the pastures are crops and have to be treated as such, so we have to look at how to manage the soil, how to manage the crop so you can maximise yield,” he pointed out.
He noted that once pasture yield is maximised “you are able to have better nutrition for the animals and the animals will, in turn, give you more milk or more meat,”

Mr. Graham told JIS News that programmes are already in place to provide assistance to farmers in this regard.
He said farmers are also receiving support to combat recurrent drought conditions, with new varieties of fodder provided.

“We have new drought-tolerant varieties (such as) brachiaria species (and) the mulato two…those we have introduced quite successfully in some areas,” he said.
He informed that farmers are also being assisted to establish fodder banks, “for instance, sugar cane, which they will grow and use during that period when the drought is on. We have …included equipment where you chop the forage up to feed it to the animals, thereby you improve on the digestibility of the feed.”

Mr. Graham said the JDDB also provides technical assistance such as the modernising and upgrading of milking and cooling equipment.

In addition, players in the industry are benefiting from training to ensure that they adhere to best practices and international production standards.

Mr. Graham informed that there are approximately 100 dairy farmers in the island, who supply milk to processors.

“Our statistics really only cover the supply to the processors because under Jamaican law, you cannot sell unpasteurised milk and that is why from the farm, it’s delivered or the processors pick it up and then they take it to the next level,” he pointed out.

Meanwhile, the JDDB CEO said the agency will continue to partner with the agricultural schools and the 4-H clubs to establish their dairies as centres for best practices.
“We have already delivered 25 heifers to all except the Jamaica 4-H Clubs and we are working very closely with them in terms of training,” he informed.

The ‘Drink Real Milk’ campaign is a partnership involving CB Group (through Nutramix), Seprod Limited (through Serge Island), Newport Fersan Jamaica Limited and the Jamaica Dairy Development Board.
The goals of the campaign are: to increase awareness and demand for Jamaican milk; produce 20 million litres locally annually; and create a sustainable and self- sufficient industry.

The JDDB was established in 2009 to promote and foster the development of the dairy sector with particular emphasis on promoting local milk production and achieving efficiencies in the production, processing, marketing and other trade in dairy products.