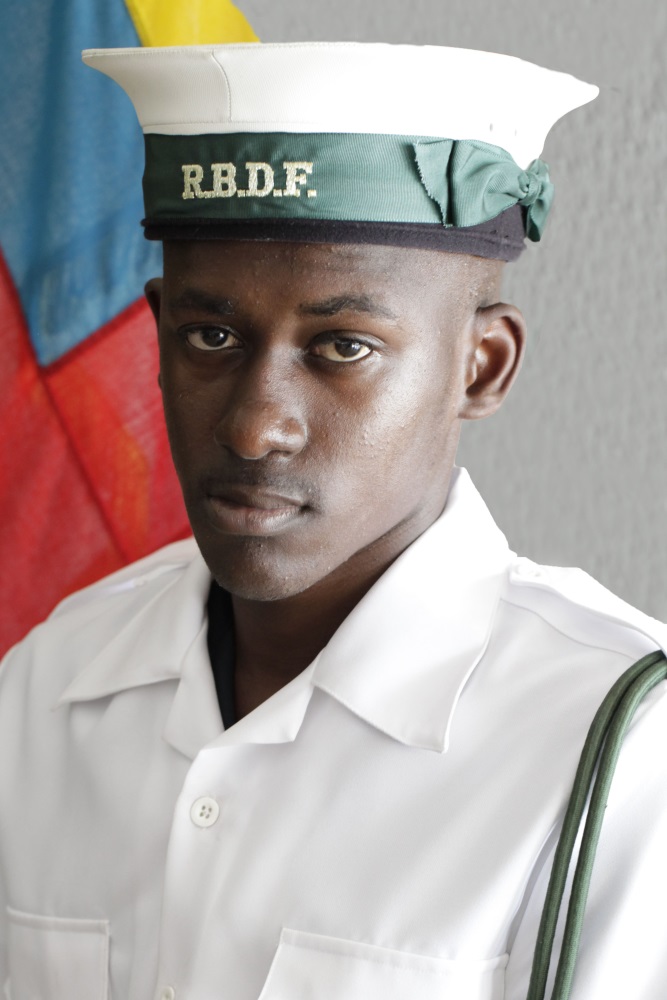 Coral Harbour Base 27 Sept. (RBDF) – Our hearts are heavy as we mourn our loss of young Marine Seaman Anfernee Brett Neely earlier today. Marine Seaman Neely succumbed to injuries he sustained during a boating accident in Nassau Harbour while on duty on Thursday 17 September 2015.

Neely enlisted in the Royal Bahamas Defence Force as a member of New Entry 52 on the 10th January 2015. His Entry is largest entry to date to join the Defence Force with a total of 108 Marines undergoing recruit training at the same time.

Marine Seaman Neely was a ‘giant at heart’ who grew to love his job. Upon successfully completing recruit training, Anfernee was subsequently drafted to the Defence Force’s Harbour Patrol Unit. The Unit is responsible for conducting marine patrols around Nassau Harbour, Paradise Island and the northern shores of New Providence. As a member of the Unit, Anfernee was a part of a team that was also responsible for providing marine security for cruise ships that brought millions of passengers to New Providence.

Looking forward to a promising future, Marine Seaman Neely proudly took on the honourable task of Guarding our Heritage as he performed his duties with diligence, dignity and much enthusiasm. We are therefore truly grateful for his service to the Defence Force and our nation.

It is therefore with much regret that I extend deepest condolences on behalf of the Honourable Dr. Bernard Nottage and Mrs. Nottage, Officers, Warrant Officers, Non-commissioned Officers, Junior Marines of the Royal Bahamas Defence Force, and myself, to Anfernee’s mother, Ms. Margaret Russell, who raised an outstanding son. I also extend sincerest condolences to Anfernee’s siblings, family members, loved ones and friends for their loss.

It is my sincerest hope that Anfernee’s short-lived, yet full life would serve as an inspiration to those of us who knew him. It is also my prayer that God’s grace and comfort will bring us all through this very difficult time of our lives.