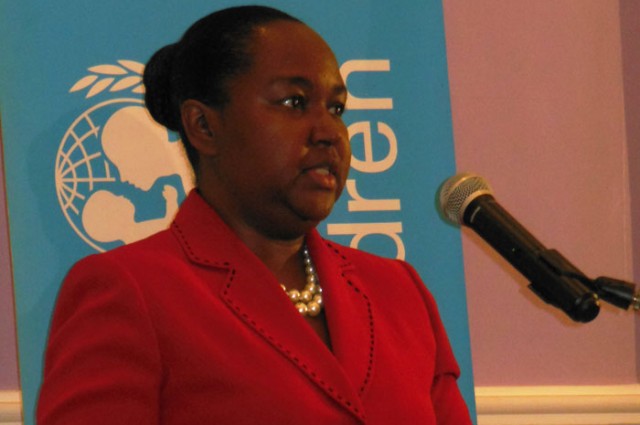 KINGSTON, Sept. 28(JIS): BY: JUDITH A. HUNTER
An additional 1,800 administrators and teachers from 25 schools islandwide will be selected to participate in the Positive Behavioural Intervention and Support (PBIS) programme, being implemented by the Ministry of Education during the 2015/16 academic year.

They will represent the second cohort, following the initial 1,400 participants chosen from 24 institutions for the programme, which was first implemented during 2014/15, as part of the Ministry’s response to curbing violence in schools.

The initiative, being undertaken in collaboration with the Jamaica Theological Seminary (JTS), aims to create a healthy learning environment through organized evidence-based interventions, by targeting specialized training for principals, vice principals, deans of discipline, guidance counsellors, teachers, and ancillary staff.
The PBIS, which has recorded significant success in other countries such as Canada and the United Kingdom, fosters a disciplined and structured environment for dealing with issues such as violence in schools.

“We collaborate with the Ministry of Education, based on the needs that they have in the schools to deal with inappropriate behaviour and low academic performances,” Ms. Garwood explains, pointing out that participating schools are selected by the Ministry based on these areas.

Data is collected from the schools, prior to the programme’s implementation, which entails, among other things, training sessions for teachers and administrators.

These sessions are held for three hours per day, over three consecutive days, following which the participants are
given a time frame to establish the PBIS system in their schools while the JTS monitors the implementation.
Additional data is collected at the end of the academic year for comparative analyses, to determine the programme’s effectiveness.

“Students are taught expected behaviours the schools design for them, based on the schools’ policies and systems,” she notes.

In pointing out that some schools are more advanced in the system’s implementation than others, Ms. Garwood informs that several institutions have established PBIS walls.

“They have placed expected behaviours on notice boards in different areas on the school compound, and they are reporting that they are seeing success from it,” she advises.

Ms. Garwood further informs that the expected behaviours are taught through a system which outlines how students should operate in this regard, which include a reinforcement and consequence.

Ms. Garwood says the ultimate goal of the PBIS programme is to create a culture in each school that fosters morally upright behaviour and academic excellence for all students, and a harmonious environment of respect between all members of the school community including student and teachers.

Teacher and chairman of the PBIS Committee at Bustamante High School in Clarendon, Leo Mantock, says the programme has great potential.

“We see this initiative as the game changer in our schools. During this year’s Grade Seven orientation, we made sure to get the parents on board; and we will also use our Parent Teachers’ Association (PTA) meetings to reinforce to (them) the importance of the programme, not only for behavioural change, but also how it can increase academic performance because (of) the correlation between the student behavior and academics,” he outlines.

Mr. Mantock says, thus far, the parents are showing the greatest support, adding that “we want these students to be the change group and the benchmark, going forward, with the PBIS.”

Related Topics:jamaicaministry of education
Up Next