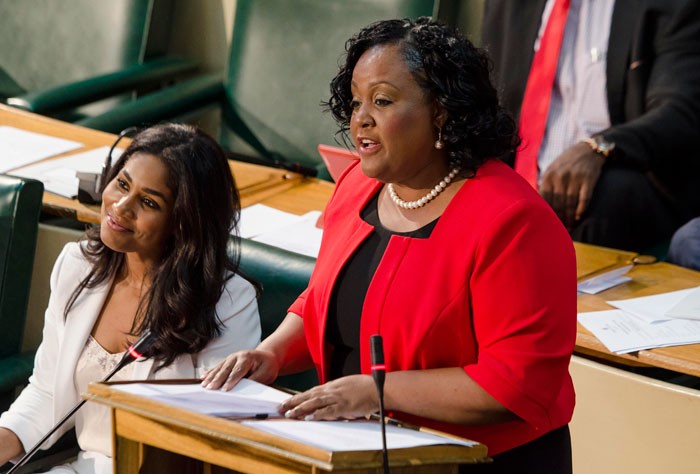 KINGSTON, Sept. 10 (JIS): Fifteen hundred of the nation’s athletes, drawn from all sporting disciplines, are set to benefit from the Jamaica Athlete Insurance Plan (JAIP), to be implemented in December this year.

The establishment of the plan by the Government means that Jamaica’s athletes will now be able to receive health insurance coverage tailored to their needs for the first time ever. The Government scheme will include health screening as well as preventive and remedial health care.

This was disclosed by Minister with responsibility for Sport, Hon. Natalie Neita Headley, during yesterday’s (Sept. 9) Jamaica House press briefing at the Office of the Prime Minister in Kingston.

“Once the bids are in and the evaluation process is completed, the actuaries will make a recommendation to the Government and we expect to be in a position to award a contract for the Jamaica Athlete Insurance Plan by December 2015,” she said.

Mrs. Neita Headley said the list of 1,500 athletes, who will benefit from the plan, was complied after consultation with the sporting associations and federations.

“We had an extensive consultation process with all of our sporting associations and federations, at which point, each association was asked to submit the names of the number of athletes within their national pool, who represent the Government of Jamaica,” she informed.

The JAIP came out of consultations for the National Sport Policy, which was tabled in Parliament in 2013.

In the meantime, Mrs. Neita Headley informed that despite the tight fiscal space in which the Government has been operating, significant strides have been made in the area of sports.