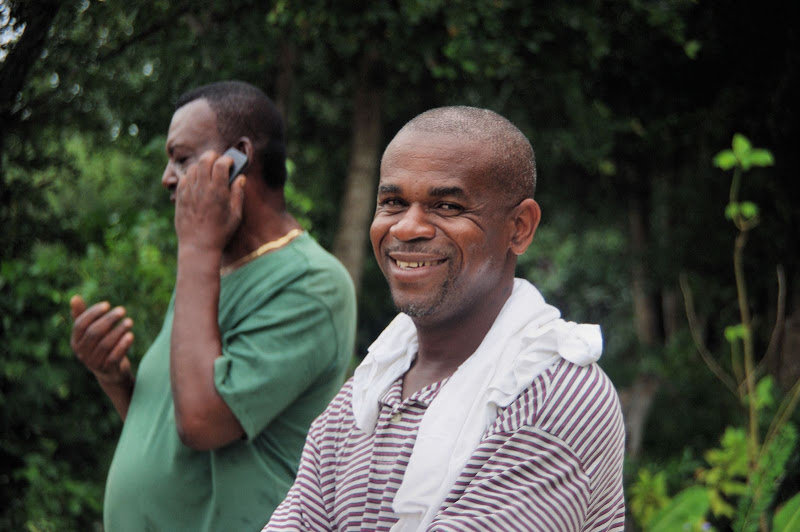 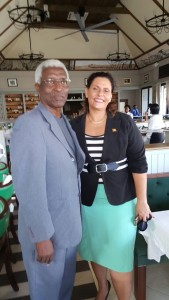 Providenciales, 22 Jul 2015 – The TCI delegation is nine strong and features some of the most outspoken personalities in the country. Dr. Edward Smith who hosts a radio talk show – The Real Solutions and Rev Courtney Missick, a farmer from Kew, North Caicos and TV show host, both say they see a greater opportunity to partner more firmly with Beaches in order to better tourism and other industries in the TCI. Missick was particularly vocal on agriculture and the lack of help he says he has received from government despite its touted plans to build the sector.

“I am not here speaking on behalf of Beaches because they have helped me with my farm; but I am speaking on behalf of the potentials that I see Beaches could do in helping other people in the Turks and Caicos. Take for instance what they are doing here in Barbados, what they are trying to do for farmers the same thing can be done for farmers in the Turks and Caicos if only the government would only try to subsidize the farmers. I for one can testify that the government has not done anything for me when it comes to agriculture. Right now for me to be able to grow produce for Beaches, because of the present moment, I am supplying a few local stores there with produce. If I now decide to grow produce for Beaches; I need to expand, but how am I going to expand.”

Both men had an opportunity to quiz the Barbadian Tourism Minister and James Paul, who is CEO of the Barbados Agriculture Society. Mr. Paul explained that Sandals currently takes 10 commodities, including cucumbers, from its farmers in an arrangement which began just this past February.

Dr. Smith promises that he is making inquiries, as it is no secret he sometimes opposes Beaches Resort.

Deandrea Hamilton: “Sometimes our relationships in Turks and Caicos gets strained with Sandals, what do you think we can do to smooth that out?”

Dr. Smith: “Sandals is partner, most definitely a partner, and this trip shows us that not only is Sandals a partner in the Turks and Caicos but throughout the region; they need to accept the fact that they want to work with us and we should put in those efforts to make it work.”