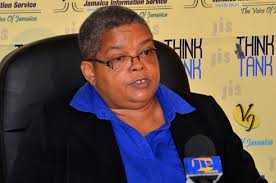 KINGSTON, July 24 (JIS): On Thursday, July 30, Jamaica will join 133 other countries in observing the inaugural World Day Against Trafficking in Persons.

Speaking at a JIS ‘Think Tank’ on July 24, Chairperson for the National Task Force Against Trafficking in Persons (NATFATIP), Carol Palmer, said that the observance of the day is necessary to raise awareness of the trauma experienced by victims of human trafficking and for the promotion and protection of their rights.
“Our intention is largely to provide the society with more information on this crime, so they can become fully aware. If every person in the society doesn’t know what is human trafficking, then we have not succeeded in our efforts,” she said.

NATFATIP will observe a week of activities, beginning on July 26 with an 8:30 a.m. church service at Hope United Church, Mona, in Kingston.

There will also be a national broadcast of the Prime Minister’s message to be aired on the Day of observance, supported by a supplement and inserts in the newspapers.

Trafficking in Persons (TIP) Week will end with the Task Force’s participation in the Denbigh Show from July 31 to August 2, in May Pen, Clarendon.

Meanwhile, Secretary General of the United Nations Office on Drugs and Crime (UNODOC), Ban Ki-moon, in an official statement for the Day, said that every country must join together to overcome this transnational threat by supporting and protecting victims while pursuing and prosecuting the criminals.
“On the World Day Against Trafficking in Persons, let us resolve to act as one in the name of justice and dignity for all,” he said.

Trafficking in persons is a serious crime and a grave violation of human rights. Every year, thousands of men, women and children fall into the hands of traffickers, in their own countries and abroad.
UNODOC reports that an estimated 2.5 million people are trapped in modern-day slavery.