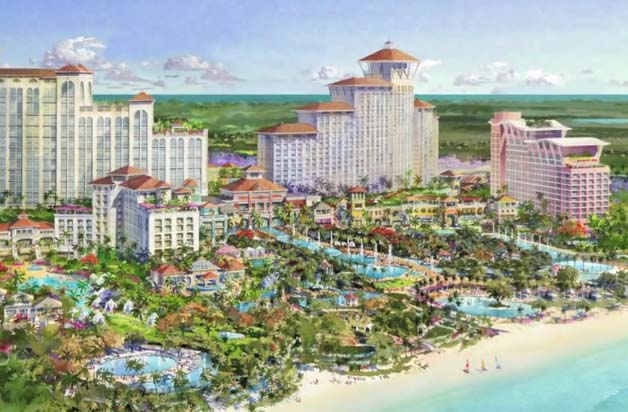 Nassau, 28 Jul 2015 – The Government of The Bahamas announced today that 4 party talks, held from 26 to 28 July, between Baha Mar Ltd (“the Developer”) (led by Mr. Greg Djerejian – BML Vice President Asia-Pacific); the China State Construction Engineering Corporation (“the Contractor”) (led by Mr. Chen Guocai – Vice President); the China Export Import Bank (“EXIM”) (led by Mr. Liu Liange – President) and the Bahamas Government (led by Hon. Allyson Maynard Gibson QC – Attorney- General) resulted in considerable progress on the commercial terms of an agreement between Baha Mar and China Construction. The remaining major point of difference between the parties is Baha Mar’s refusal to provide their part of a guarantee required by EXIM to secure a commitment of additional lending to enable completion of the Project. Representatives of the parties included numerous professional and expert advisers. The negotiations were frank and cordial, conducted on an impartial manner presided over by the Honourable Allyson Maynard Gibson QC, representing the Prime Minister of The Bahamas.

On several occasions during the talks the Attorney General restated that the Governments sole objective is that as soon as possible the Project should be remobilized with a view to completion of the Project and the opening of the resort in the shortest possible time. The Government prefers agreement between the parties which is why the Prime Minister asked the delegation to return to Beijing for a second attempt at a negotiated settlement in the context of 4 party talks. Useful bilateral discussions were held between the parties on the way forward for completion of project as soon as possible.

The new financing proposed for Baha Mar would include $200 million in new lending by EXIM, over and above the amount still available under its existing credit facility. EXIM has insisted that its new $200 million credit extension be guaranteed by the Contractor and/or the Developer. The Developer has proposed to provide a standby letter of credit to back $25 million of the new $200 million credit extension. The Contractor has offered to guarantee the remaining $175 million on the condition that it receives a corresponding guarantee by the Developer. In the most recent discussions the Contractor has agreed that the amount of the guarantee could be limited to $100 million. The Developer has declined to provide any guarantee (apart from the $25 million letter of credit) and has proposed as an alternative that the Government provide EXIM with a “sovereign guarantee” of up to $175 million in place of any guarantee by the Contractor.

The talks ended with the parties agreeing to continue discussions among themselves. It was understood, however, that in the meantime the parties might continue to pursue other legal options.

The Bahamas delegation is on its way to The Bahamas where it will brief the Prime Minister and Cabinet at the earliest opportunity.

The Attorney General thanked representatives of the Chinese Government, EXIM, the Contractor, the Developer and The Bahamas delegation for their valuable assistance in facilitating the talks. The Attorney General also thanked the Prime Minister for the time and attention he gave to this exercise by being continuously available day and night for consultations and guidance.