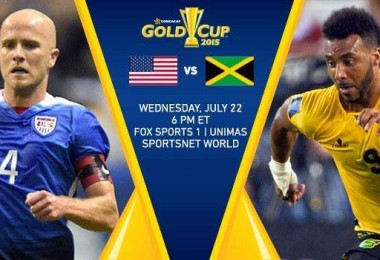 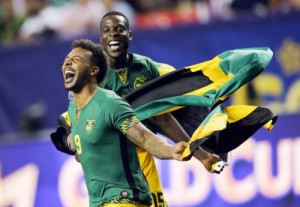 Providenciales, 23 Jul 2015 – The Reggae Boyz of Jamaica shut down the US Men’s football team last night in an historic defeat on US soil. Jamaica’s national football team now advances in the Gold Cup finals after the upsetting win 2-1 in Atlanta over the US Men’s Team which ended a six-straight finals for the United States. Congratulations to the Reggae Boyz, who ran across the pitch waving a huge Jamaican flag in this first of its kind defeat.