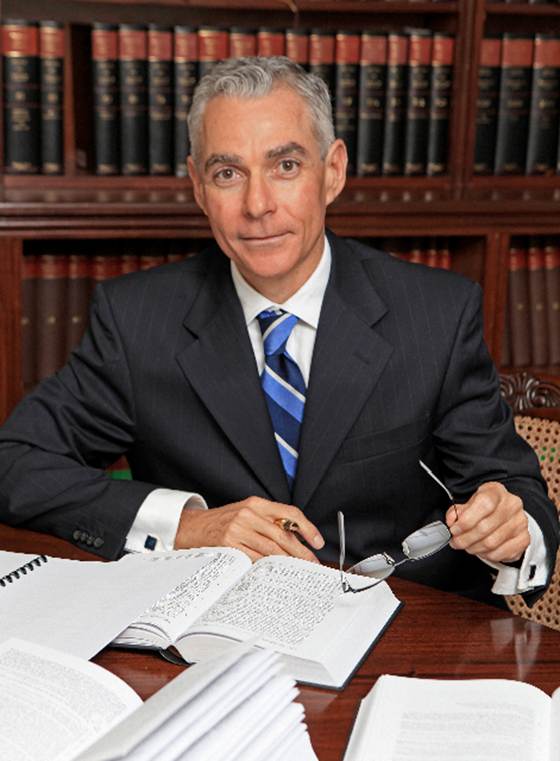 Bahamas, 15 Jul 2015 – A Bahamian aviation law expert who has been invited to address an international conference said today The Bahamas is moving in the right direction toward the launch of an international aircraft registry at a time when the industry is experiencing explosive growth and new ICAO regulations are likely to add impetus to the business of private jets.

“The aviation industry, particularly the business jet division, is experiencing unparalleled growth. Each new aircraft that rolls off the assembly line has to be registered somewhere and The Bahamas, which is working toward establishing a registry, is an ideal jurisdiction,” explained Callenders law firm partner Llewellyn Boyer-Cartwright. “Right now, there are more than 12,000 registered jets in the U.S. alone and other jurisdictions are doing unprecedented business. While we do not yet have the legal framework in place as do competitive jurisdictions, I feel that we are taking deliberate steps in the right direction.”

It was just over three years ago that Boyer-Cartwright along with the Bahamas Financial Services Board met with government officials in an effort to revive interest in establishing an international registry. Such a registry was first proposed by the BFSB more than a decade before. Now Boyer-Cartwright is concerned that this country’s window of opportunity is closing.

Other jurisdictions are reaping the benefits, said the leading proponent of an international registry that would do for aircraft what the Bahamas Maritime Authority and Ship Registry do for vessels.

“Ireland, which was the original aircraft registry, just announced it has launched a separate register dedicated to business jets (prefix EJ). The Irish Aviation Authority is a top notch regulator and is a world leader in aircraft registration,” said the former commercial pilot who has been practicing law for more than 20 years. The benefits of Ireland and its EJ Registry are many, Cartwright believes, including high standards of regulatory oversight, lower insurance premiums, a well-established law base, finance and taxation expertise and Cape Town Convention compliance that provides asset security for financiers.

“Isle of Man, which is the fastest growing aircraft registry in the world, just registered its 796th aircraft, according to its Director of Civil Aviation Simon Williams who made the announcement last month. At that same conference on June 25, he reported that Isle of Man registered five aircraft in one hour a few weeks earlier.”
Boyer-Cartwright also cited an article he received today, July 14, written by a colleague, former Isle of Man Civil Aviation Director (Acting) Brian Johnson, who noted that new ICAO (aircraft regulatory body) and European regulations for the first time separate private jets from general aviation and as of August will impose even higher standards on third country registries – something, he said, that would provide an additional layer of security and comfort for owners and financiers.

A Bahamian international aircraft registry would be part of a booming aviation sector that is reported to support 4.6 million jobs and generates $107 billion in revenue across Latin America and the Caribbean.
Boyer-Cartwright has been invited to speak at the 5th Annual Offshore Aircraft Aeropodium Conference in Grand Cayman in October. In December 2013, he was invited to address a major conference in Aruba and in April 2014, he was a special guest speaker at the Caribbean Aviation Symposium in Panama.
“I’d like to be able to update the conference on movement in The Bahamas – the creation of an independent Civil Aviation Authority, the status of the new radar installation, negotiations with the FAA over air space,” he said.
“These are exciting times and the business is knocking at our doors. A registry could open up so many new economic avenues in financing, leasing, insurance, maintenance, repairs, providing opportunities not just for employment but for entrepreneurship. And the beauty of a registry is that it does not threaten or consume natural resources. It is all good and the aviation world is waiting for us to take our rightful place on the field. My goal is to see The Bahamas secure a foothold in this industry. I believe that this country can be as competent and competitive as the rest of the major players.”