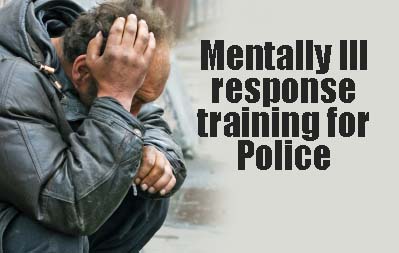 Providenciales, 03 Jun 2015 – Twenty nine Police officers have since last year been undergoing training in dealing with mentally ill suspects and victims in crime. Dr. Diana Dizon, a psychiatrist with the Department of Mental Health is working with the police to help them better identify and manage cases where mental illness is or may be a factor. Dr. Dizon explained in a media statement on the events that, ““Occasionally police officers are involved in responding to calls involving persons with a mental illness.

It is important that Police officers not only be able to recognize abnormal behavior and mentally ill persons, but also must be prepared to guard, restrain, or take into custody people whose behavior suggests the presence of a mental illness.” The sessions were said to focus on de-escalation skills, effective communication with the mentally ill, response to behavioral crisis including how to create stable environments, the do’s and don’ts of engaging mentally ill and assessing the potential of violence.