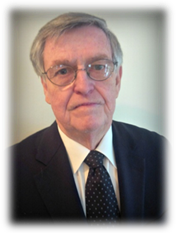 NEW YORK, NY (June 2, 2015) – Travel industry marketing and promotion veteran James Furey is retiring after a successful career that has spanned nearly 50 years, most of that time in promoting the Caribbean. His company, Furey & Associates, which focused on “Travel Marketing Through Targeted Publishing,” will cease as Jim and his wife Barbara plan to move to their country home in Pennsylvania.

Furey began his career at the Bayonne Times followed by working for the New York Herald Tribune and then landed at The New York Times where he began to make his mark on Caribbean marketing and promotions.

Over the years he worked as a publisher’s representative for the Caribbean region representing a number of prestigious publications including Business Week, The Los Angeles Times, Southern Living, Sports Illustrated, U.S. News & World Report, The Newark Star Ledger and others.

Along with his wife Barbara, he launched Furey & Associates in 1974. What started out as a Publishers Representative company graduated into full-blown publishers of special sections on a variety of travel related subjects and destinations, most of which focused on the Caribbean, a region that held a special place in his heart.

Early on in his career, Jim Furey began giving back to the Caribbean. He was part of the small group of influential individuals that launched the Caribbean Tourism Organization (CTO) travel agency Chapter network with the creation of the first Chapter in New York. He went on to launch a series of Caribbean Sales Seminars for travel agents in the 1980s that were eventually incorporated as an integral part of the annual CTO Conference.

He served on the Board of Directors for CTO for five years during which time he convinced Caribbean leaders to have the region participate as the half-time show during NFL Super Bowl XIII.

He was also a strong supporter of the hospitality sector in the Caribbean and helped launch the Small Hotels Advisory Council (SHAC) program for the Caribbean Hotel & Tourism Association which over a span of 20 years from the 1970s to the early 1990s brought volunteers down to the region to provide expertise to help the growing hotel network across the Caribbean.

A lasting result of these efforts include the St. John Foundation in the Virgin Islands and cooperative marketing programs that resulted in growth in Aruba, Anguilla, Jamaica, Barbados, Dominica, the Dominican Republic and many others over the years.

“We had and still have a love affair going with the Caribbean and its people,” said Jim Furey. “We were fortunate to have been there in the 60s when tourism was really beginning to develop and we were able to make a positive impact,” he said, adding: “I am very proud to have had the opportunity to work with so many Caribbean people that have influenced the growth and development of the region.”

“The outstanding work he did on fundraising for Taste of the Caribbean, where he almost single handily funded the event through his efforts from our start in 1994 for more than a decade, was instrumental in establishing the event for the region,” said William Moore, then Executive Director of Education and Training for the Caribbean Hotel Association. “He was always a positive force in support of education in the Caribbean, tirelessly working year round to benefit the hospitality industry,” Moore added.

Related Topics:james furey
Up Next