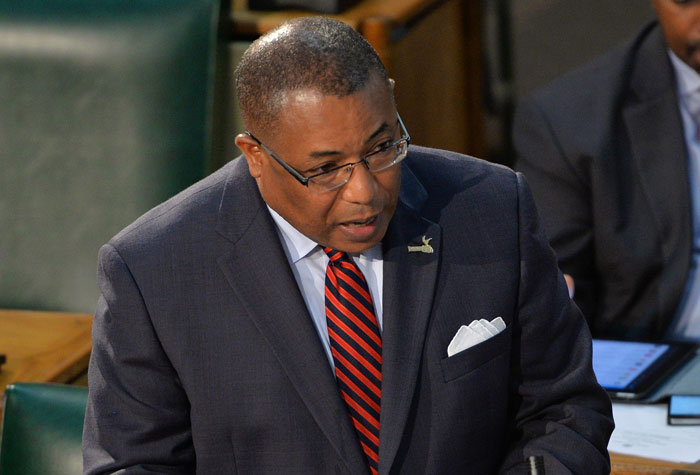 KINGSTON, May 14 (JIS): Minister of Industry, Investment and Commerce, Hon. Anthony Hylton, says an important element to improving the country’s business environment is through trade facilitation.

“Effective trade facilitation pivots on the principles of ease, transparency and predictability,” Mr. Hylton said.
The Minister was speaking at the opening of a Trade Facilitation Task Force Validation workshop, being held from May 14 to 15 at the offices of the Trade Board, downtown Kingston.

Mr. Hylton said the country must improve the transparency and efficiency of its cross border procedures, strengthen the efficiency of maritime operations, and improve the competitive offerings of its Special Economic Zones.
“Indeed, these changes begin with the coordination and agreement of priorities through public and private sector dialogue, such as this validation workshop. At each turn, the effort to implement these changes may be difficult but they are essential,” he noted.

The Minister further noted that trade facilitation speaks directly to the competitiveness of the country and businesses in Jamaica.

“I am, therefore, pleased to see representatives here today from the spectrum of the business community, international organisations and the public sector,” Mr. Hylton said.
Over the two days, the Task Force will assess the analysis done by the International Trade Centre (ITC) of the 18 studies completed on trade facilitation in Jamaica.

Mr. Hylton said the ITC analysis has identified targeted reforms to achieve effective and efficient trade facilitation, which is a critical step in moving towards the creation of an improved trade facilitation regime and a more competitive Jamaica.

“However, this is just the beginning, as based on the recommendations to be made by you as stakeholders over the next two days, a detailed implementation plan will be developed. This plan will outline the steps to put into effect the recommendations made at this workshop,” Mr. Hylton said.

In addition, he noted that the country stands to gain from making the process of trade easier.

“As a Government, we will gain from more efficient border procedures, which allow us to process more goods and improve control of fraud, thus increasing revenue. We will also be able to enhance market access through trusted systems and reduce delays in getting products to markets and consumers,” he said.