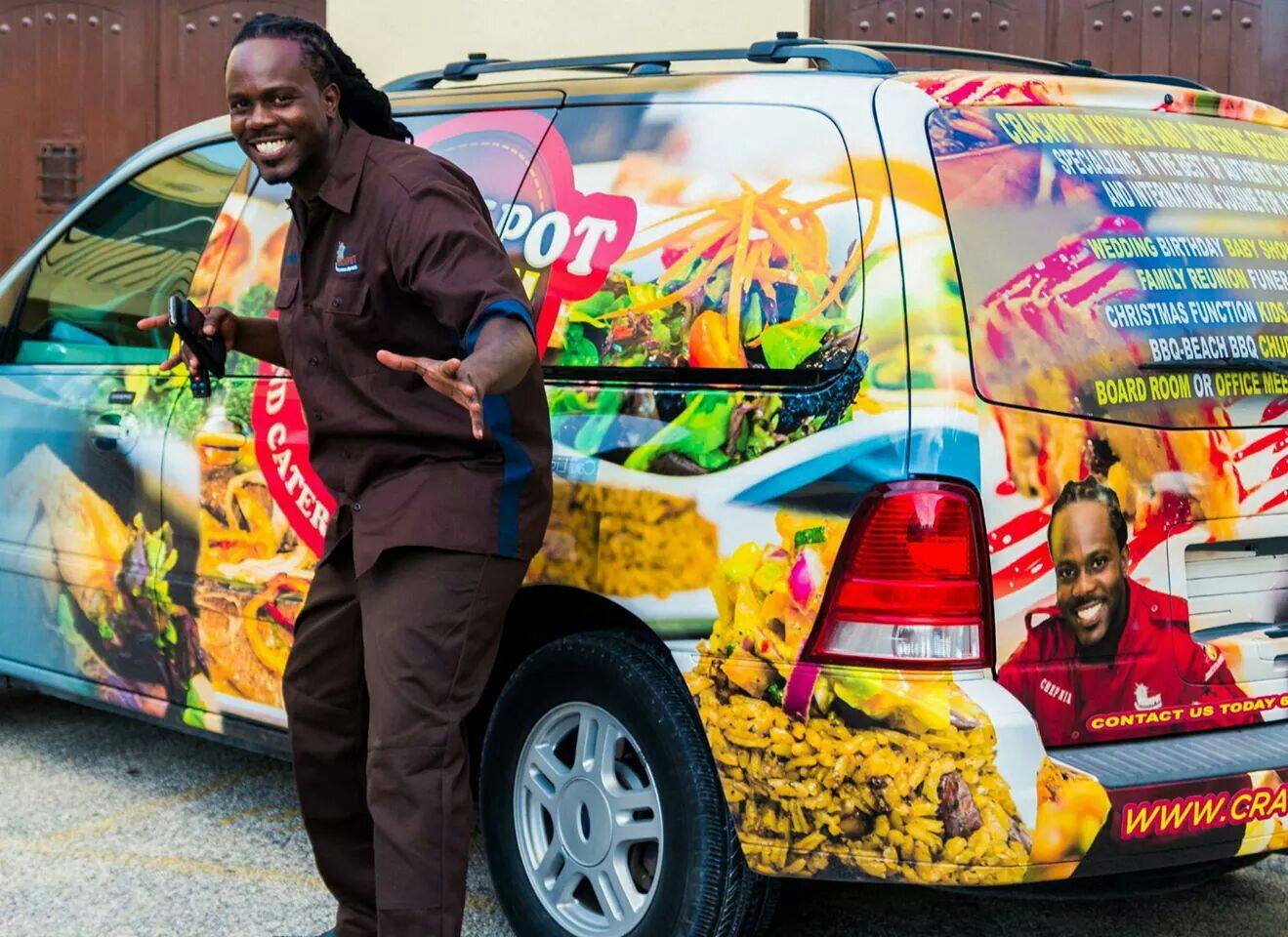 Providenciales, 04 May 2015 – TCI Celebrity Chef Nik has unveiled a new line of sauces. “Crack Pot Kitchen tropical barbeque sauces has been a brain child of mine for quite some time. I had this brewing for a while and finally made the initial steps to bring it out, have it in a bottle, pretty label and processed for people around the Caribbean and worldwide.”

The famous flavors of Chef Nik at Crackpot Kitchen can now be yours at home.
“The whole plan for these barbeque sauces is to bring out a wide range of tropical barbeque sauces; you hear about Texas barbeque sauce smoked, hickory smoked, Memphis BBQ sauces which are some of the most popular in the world, but no one has ever heard of Caribbean flavored BBQ sauces such as Tamarind which is an exotic fruit of the Caribbean; Guava, soon I will be coming out with the Tropical Mango BBQ sauce, Tropical Pineapple BBQ Sauce and the Tropical Ginger Beer BBQ Sauce.”

We recently featured Chek Nik and his line of tropical BBQ sauces which are flavored with island fruits like Tamarind and Guava on Turquoise Morning.