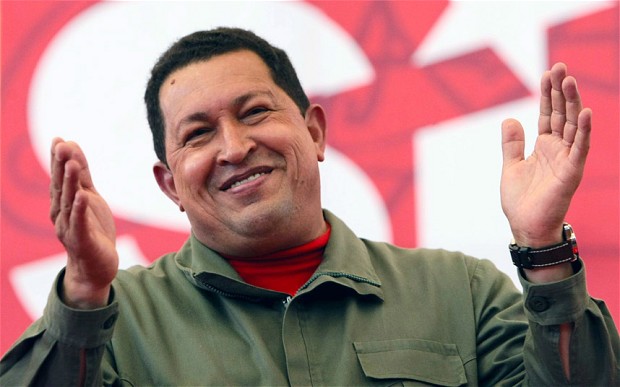 KINGSTON, March 6 (JIS): Prime Minister, the Most Hon. Portia Simpson Miller, headed the list of dignitaries who attended a ceremony at Devon House on March 5, to commemorate the second anniversary of the death of former President, Bolivarian Republic of Venezuela, Hugo Rafael Chavez Frias.

Minister of State in the Ministry of Foreign Affairs and Foreign Trade, Hon. Arnaldo Brown, who addressed the function, said the late President has left behind a celebrated legacy in his country and across the Americas.
“The solid ties of friendship that exist today between Jamaica and Venezuela are a genuine testament to the fraternal outreach and generous spirit of Hugo Chavez,” he said.

Mr. Brown said the establishment of the Community of Latin America and the Caribbean States speaks volumes to his vision, and the historic signing of the PetroCaribe Cooperation Agreement certainly cemented a part of his legacy, particularly in Jamaica.

He pointed out that several socio-economic and developmental projects, for which the Government and people of Jamaica are grateful, were made possible through the PetroCaribe initiative of Commander Chavez.
Among them are: the upgrading of the Petrojam refinery; upgrading of the Montego Bay Sports Complex; and the refurbishing of the Port Maria Civic Centre.

He said the passing of Mr. Chavez, known as the Supreme Commander, was a tremendous loss to Venezuela and to the wider world.

“A true disciple of the Pan-American ideal of Simon Bolivar for an independent and integrated Latin America, Commander Hugo Chavez championed the plight of the marginalised and the economically` disadvantaged, not only in his native Venezuela but throughout the world and the wider Latin America and Caribbean region,” Mr. Brown said.

“We will also officially open the Simon Bolivar cultural centre, which stemmed from a request by President Chavez and which we are indeed pleased to honour with its completion. The centre will play an important role in linking the cultures of Jamaica and Venezuela and the wider Americas towards greater understanding among our peoples,” the State Minister said.

He pointed out that the late President will always be remembered for his unwavering stance against inequality and injustice in the interest of the greater good of his people and the love and high aspirations he had for Venezuela. “He stood as a symbol of hope and unity in his mission to transform the lives of the citizens of Latin America and the Caribbean,” he said.

For her part, Venezuelan Ambassador to Jamaica, Her Excellency Maria Jacqueline Mendoza, said the late President fought for equity, social justice and inclusion of the poorest and marginalised people in Venezuela.

“Chavez is an eternal presence for the people of our country. Hugo Chavez left his legacy and his example as a leader, placing the happiness of the people as a main goal of any Government,” she said.
Guests at the function were treated to a documentary entitled: ‘My Friend Hugo’, which depicted aspects of the life of the late President. An exposition of photographs highlighting the life of the late President was also opened.
The function was hosted by the Embassy of Bolivarian Republic of Venezuela.