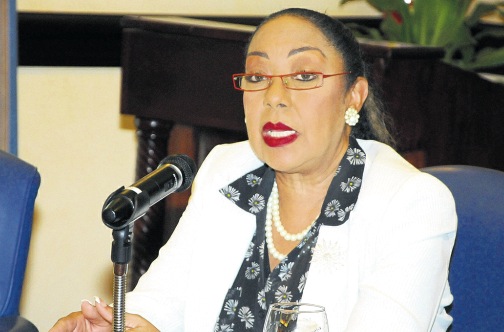 KINGSTON, Feb. 24 (JIS) – The Ministry of Health is reporting that of the notification of 14 deaths suspected to be related to Chikungunya, two of those have so far been confirmed as having had the virus.

According to Acting Chief Medical Officer in the Ministry of Health, Dr. Marion Bullock-DuCasse, of the 14 cases notified, there was insufficient data for five and of the remaining nine, six met the case definition.

“Three cases did not meet the case definition for ChikV, so we cannot say they were ChikV related deaths because the persons did not have ChikV. Two of the six remaining cases were confirmed in the lab as having had ChikV, one tested negative and the other three are still under investigation,” she explained.

Speaking at a JIS ‘Think Tank’ today (February 24), Dr. DuCasse said the Ministry is aware of reports in the press indicating that persons have died of ChikV.

“The cause of death would have to be looked at. Some people may have had a chronic illness and ChikV would cause more severe symptoms, but not necessarily cause their death. We have to be very careful in not giving the impression that everybody who has had ChikV, whether suspected or confirmed and has died, that it is due to ChikV.

The Ministry can assist in terms of investigation and helping to clarify exactly what the cause of death was,” she noted.

Dr. Bullock-DuCasse said the Ministry continues to remind the public that persons who are in certain groups are at risk for more severe complications. These, she reiterated, include children, the elderly and those with underlying conditions, particularly persons with chronic diseases, such as diabetes, hypertension or asthma.

As of February 19, the Ministry has had 4,979 notifications of ChikV, which mean that doctors have submitted this information. Of that number, 1,670 meet the case definition.

“It is important to note that the suspected cases are from those reported and that it is evident that the majority of cases have not been reported to the Ministry, bearing in mind that persons who are ill and do not seek medical attention cannot be included in the Ministry figures. Those figures include those notified, then reviewed to see if they meet the case definition of ChikV, and that is the number that is used to denote the suspected cases,” Dr. Bullock-DuCasse emphasised. “If a person sees a doctor,

But the case is not reported, the Ministry cannot count it. This holds true for every disease outbreak,” she added. The Acting Chief Medical Officer said the Ministry is urging the public, medical practitioners and the health team in general to report cases they may suspect to be a ChikV related death to the Ministry of Health.
She also issued a reminder that ChikV is a Class 1 Notifiable Disease which means that it should be reported immediately on suspicion to the Parish Health Department or the Ministry of Health.