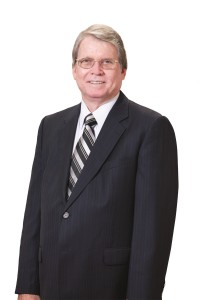 “I am pleased with the Bank’s results in 2014,” said William B. Sands Jr., Executive Chairman of Commonwealth Bank.
“They confirm that our business strategy remains appropriate and that our staff remains both capable and dedicated to the plan as laid out by the Board and Executive Management.”
The improvement reported in total profit for the year was despite the introduction of a new $5 million turnover based business license fee in 2014.

Interest Expense declined in 2014 as the chronic excess liquidity in the system continued to depress deposit interest rates. For 2014 interest expense was $31.7 million compared to $35.5 million a year earlier. Sands noted that, “Although the bank grew its loan book by 3% in 2014 – the timing of the growth was such that it did not materially impact fiscal 2014. We expect to see the full impact of the growth in 2015 when the new loans would have earned interest for a full year.”

Amid an environment of high nonperforming loans, Commonwealth Bank continued to record low levels of impairment in its portfolio when compared to the industry averages. As a result the Bank was able to reduce its loan impairment expenses by $3.4 million compared to 2013. Charged Off Loans declined by almost $6.5 million in 2014 to $28.4 million, while at the same time, Balance Sheet allowances for loan impairment increased by $1.2 million over 2013 to $55.5 million. On December 31, 2014, Commonwealth Bank’s impaired loans represented 5.8% of its total outstanding loans. The industry’s impaired loans, as reported by The Central Bank, were 16.1% of aggregate loans of all banks.

The Bank’s total expenses grew by 10% in 2014 which equated to $5.9 million. Total Group taxes and license fees increased by $4.2 million over 2013. Apart from the increase in tax and government license fees, most of the remaining increase was in variable costs.

Commonwealth Bank continues to report strong capital and liquidity ratios with a capital ratio of 27.9% and a liquidity ratio of 33.6% compared to the requirements of The Central Bank of 17% and 20% respectively.
The Bank’s earnings per share was $0.49, return on assets was 3.3% and return on equity was 23.1%. These all compare favourably with 2013 when the Bank reported $0.46, 3.1%, and 23.0%, respectively.

The Bank continued to share its success with its shareholders through uninterrupted quarterly dividend payments. Dividend payments totaled $0.30 per share in 2014 and were unchanged from 2013.
Showing appreciation for the results, Sands pronounced “Commonwealth Bank remains grateful to our customers and shareholders for their continued support. I want to personally thank every member of our team of dedicated professionals who are integral to our success.”

Commonwealth Bank is the largest Bahamian owned bank listed on BISX. The Bank is a market leader in service and convenience, operating eleven branches in New Providence, Abaco and Grand Bahama and employs over 530 staff.
Please visit the Bank‘s website at www.combankltd.com for information on Commonwealth Bank’s dividend payment history, other financial reporting information and a full set of audited financial statements which will be published on our website within the time frame established by BISX.