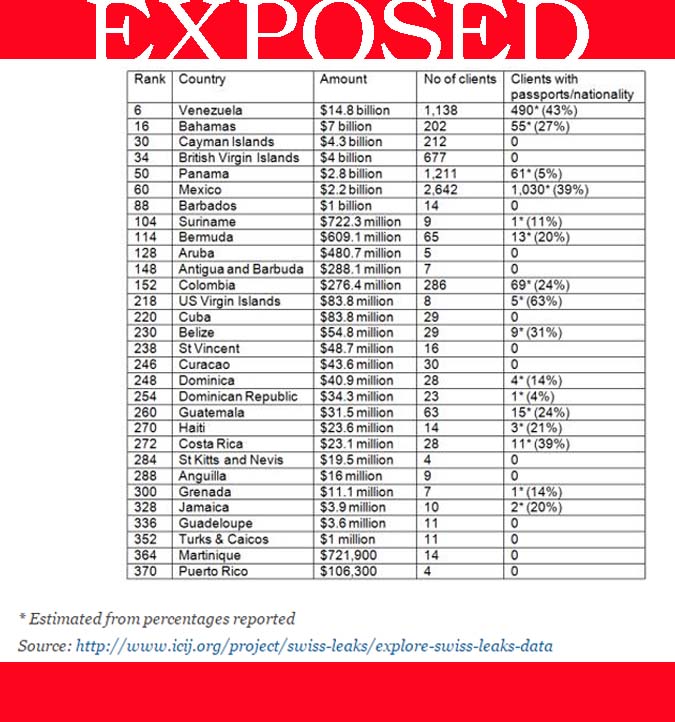 Providenciales, 23 Feb 2015 – There is more news from the wire which lends insight into why Labour Party Leader in the UK, Ed Miliband may be calling for greater transparency in the financial services sector of the British OTs. A report leaked reveals that Billions of dollars are being stashed in a Swiss bank by Caribbean & Latin American firms and the Turks and Caicos makes the list. Admittedly not with the billions which country’s like Cayman and the Bahamas appear to have allegedly funneled to Switzerland, but with at least one million dollars representing a reported 11 individuals who are not Turks and Caicos Islands citizens. The report comes from a consortium of journalists which reveals the information from an HSBC of Switzerland whistle blower. Already the article is inciting action; Venezuela is calling for an investigation as $14.8 billion dollars is reportedly hidden for over 1,100 of its citizens.