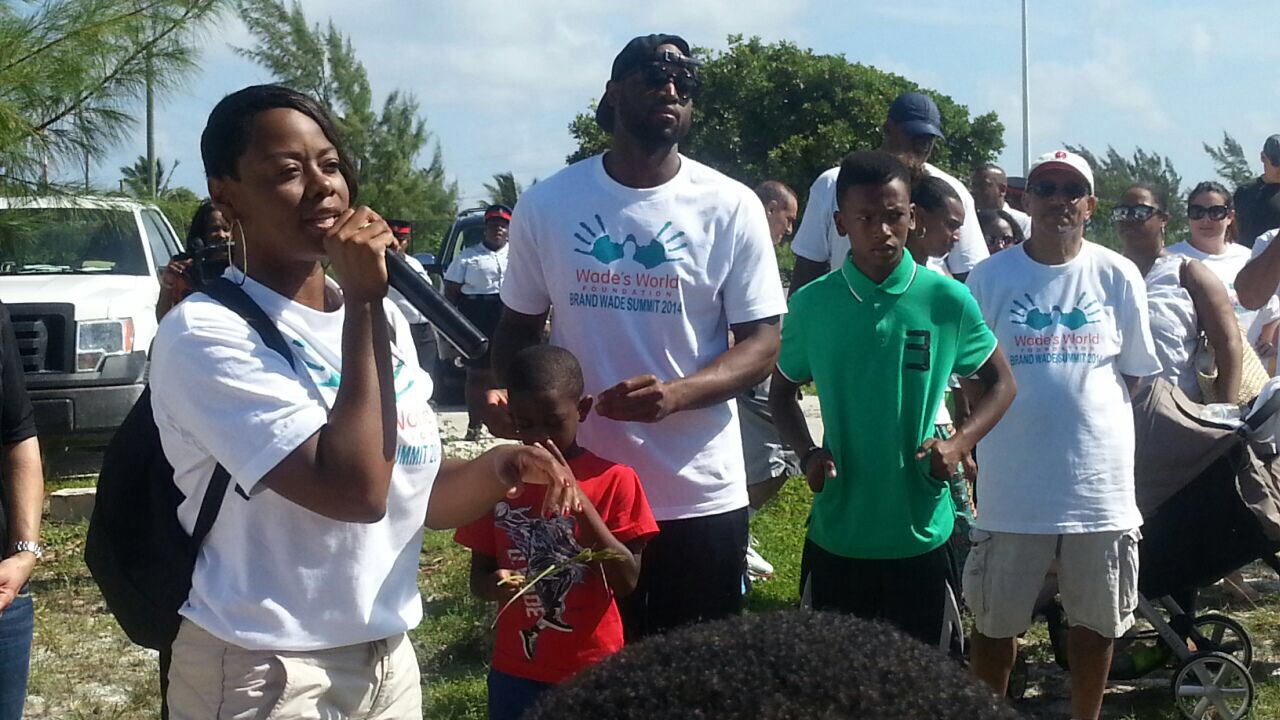 Providenciales, 19 Jan 2015 – It is now on YouTube and you can find it through Magnetic Media; the Game Changer video featuring the Turks and Caicos’ own, 11 year old Michael Robinson and three time NBA Champion, Dwyane Wade. Michael is a natural and the one minute video created by the Sandals Foundation, Game Changer and the Wade’s World Foundation is so well done, so naturally and beautifully Turks and Caicos the Magnetic Media team loves it.

From young Michael in his bed being awaken by the sound of an alarm clock and announcement that D Wade is in town… to telling his father (Terrance Roberts) goodbye as he goes out to play basketball, to a shot of a herd of goats, Michael being towed on a bicycle, ‘hailing up’ some lovely young Clement Howell High school girls who are way too old for him by the way, to running by some older men playing dominoes in Blue Hills, to having fun with a sales lady at Kishco Music Man store down town. Young Michael, who was selected to be in the video with Wade by Beaches Resort Villages & Spa is dribbling at Sailing Paradise and drinking coconut water, he is on the newly refurbished Wheeland Basketball court and then in Five Cays with the man himself, D Wade who spent his honeymoon at Beaches Resort in Provo last year. The video was filmed at that time. Dwyane Wade is seen smiling and ready to play ball, one on one with Enid Capron Primary’s Michael Robinson, and Wade is lending his voice to the brilliant production. You’ve got to check it out… we’re sending it over our nine social media today; look for Magnetic Media.